When I was a kid, my dad found a 1941 Chevy Deluxe sitting in a barn in rural Iowa. He bought it, and over the course of the next few years we restored it. One of the bigger things we did was drop out the stock engine – a straight six that could barely turn over and might have been able to cough out 85 horsepower – and replace it with a 350cc short block that could crank out somewhere north of 320 horsepower. Man, it was a fun ride. It’d kick the back tires off the car if you smashed on the accelerator hard enough.

I remember once we were out for a test ride after our latest set of tweaks, idling at a stoplight, when a couple of high school kids in a pickup truck rolled up beside us. As we waited for the light to turn, these chuckleheads began to rev their engine; subtly at first. But as the light grew closer and closer to turning green, they began to stomp their accelerator harder and harder, their brakes hardly able to hold them back.

“Dad!” I nudged my father urgently, gesturing in the direction of the truck next to us and screaming internally. DO SOMETHING! YOU CAN’T LET THEM GET AWAY WITH THAT!

The light turned green and the truck peeled out, racing far ahead us as we accelerated through the intersection at a normal speed.

My dad laughed uproariously, patting me heartily on the back. “Son,” he said to me, “that was a stock F-150. We gave them a reprieve. Those poor dumb bastards never stood a chance!” 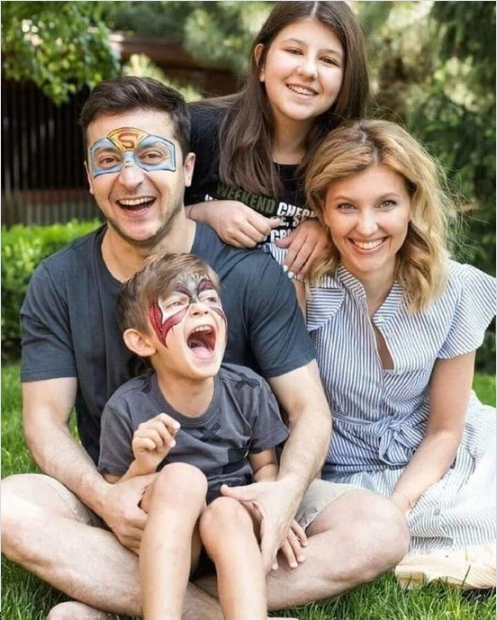 The lesson I learned that day was that there is a difference between acting tough and being tough. It was a crucial lesson to learn; if I hadn’t, why, there’s an off chance I could’ve ended up a modern Republican politician! But all joking aside, it’s truly been something to behold over the last couple decades as I’ve watched the Republican Party completely emasculate itself, culminating in the election of Donald Trump.

Donald Trump – who you might remember as the guy who famously has never worked a hard day in his life and has paid multiple mistresses to have abortions (i.e., your dream “pro-life” and “working class” candidate right there)- has built his whole schtick around acting tough. And I don’t even mean he convincingly acted tough; his entire demeanor is so cartoonishly fake that the people who continue to prostrate themselves on his behalf are demeaning themselves so completely that it’d be tragic… if it weren’t so dangerous to the country.

But this is what happens when you have an entire group of people who have been flooded with a constant barrage of infotainment that they become so desensitized to it. They see everything as an act; the world of politics is in the same realm as professional wrestling or a Mexican telenovela. It’s about stark heroes and villains, about being constantly prodded to distill the world into a good versus evil fight.

And, lets face it: being tough for real is incredibly hard. Real toughness, real strength always involves more mental discipline and emotional endurance than physicality. It’s just way easier to fake it, and the faker it gets, the easier it gets to keep up.

But in recent days, we’ve seen one of the best modern examples of what toughness looks like, in the form of President Volodymyr Zelenskyy of Ukraine. 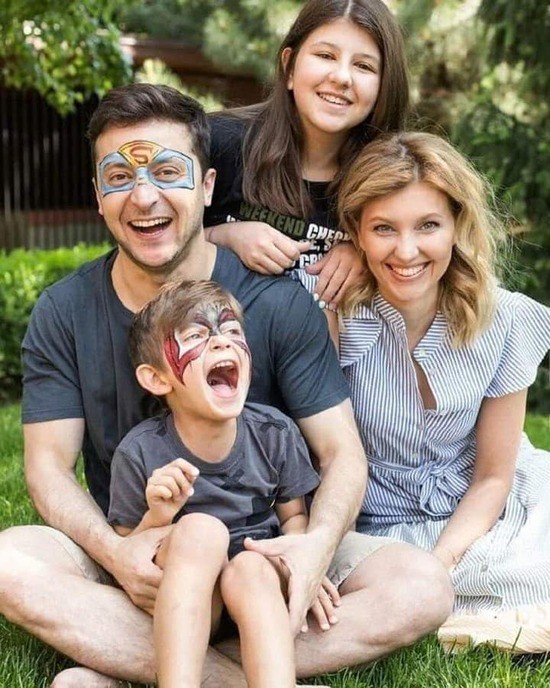 President Zelenskyy; his wife, Olena; his daughter, Oleksandra; and his son, Kyrylo.

I’m not sure there’s a person in the entire world who had President Zelenskyy pegged for this. He ran as almost a joke candidate for President of Ukraine. He was a comedian and a B-movie actor. He was criticized for hiding his acting money in offshore accounts and not doing enough to combat corruption in the Ukrainian government.

But you could see glimmers of what he’s become today, even a few years ago. During his inaugural address in 2019, Zelenskyy told lawmakers: “I do not want my picture in your offices: the President is not an icon, an idol or a portrait. Hang your kids’ photos instead, and look at them each time you are making a decision.”

Not long after that, he got the infamous call from Donald Trump, who threatened to withhold hundreds of millions of dollars in defense aid unless Zelenskyy manufactured political dirt he could use against Joe Biden. That was despicable enough on its own, but given the events of the last few days, it’s illuminated new depths to the evilness it took for Trump to do something like that, since American intelligence agencies certainly made it clear to Trump what Putin intended… and, commensurately, what strength it took President Zelenskyy to not cave to that pressure.

I mean, the contrast as illustrated in the picture above, with Ukraine under siege for days on end, and President Zelenskyy taking up arms to personally help defend Kyiv. And then you have Ted Cruz – former Presidential candidate, one of the most influential Republicans in the country – fleeing the country a mere twenty-four hours after a cold front rolled through.

I’m picking on Ted Cruz because he’s been the poster child of the kind of emasculation that’s become endemic on the American Right. He continues to verbally fellate Donald Trump, even after Trump (repeatedly!) went after his family and insulted him personally. He mocked the American military and said they were wimps after watching a Russian military commercial, while we can watch on TV the withering failure of the vaunted Russian military to take down a country with a fraction of its supposed military capabilities.

Again, anyone actually paying attention knew this; Russian leadership is morally bankrupt, as befits a true mafia state. Their generals are dogmatic and unwilling to admit they’re less than perfect. Russian soldiers are, by and large, not well-trained or cared for. Their planning and exercises are for show only, with little substance. Again, though, it’s easier to fake being tough than it is to be tough, and fakeness begets fakeness, so I’m completely unsurprised that Ted Cruz latched onto that Russian propaganda like he did Donald Trump’s- ahh…ahem…nevermind.

Now, however, we have an entire political party in our country that rallies around the idea of being tough, without any desire whatsoever to undertake the hard work and sacrifice required to be tough. They are cosplaying at being leaders. They understand implicitly, I think, that they’re not tough in any way. That’s why they have loudly and demonstratively beat their chests, so that people will ignore the fact they are marshmallowy soft peeps who flee at the slightest provocation, much less a real challenge of any kind.

But the challenges our country has ahead require real toughness and strength. I hate to say it, but the crises of the past few years are likely only a preview of what’s to come. Climate change, pandemics, war – we have enormous challenges on the horizon that will take real leadership if we are to get to the other side of it.

If we want to provide a stable and prosperous place for working Virginia families to live and grow, we have to have people in the corridors of power who won’t crumple at the first stiff breeze.

Thursday News: “China-Taiwan tensions: how worried should we be about military conflict?”; “Latest subpoenas suggest DOJ probe could be aiming squarely at Trump”; “In...