by Jacqueline Woodbridge, Communications Director for the Virginia Senate Democratic Caucus – thoughts ahead of “Budget Day” this Sunday

“If I had a million dollars…”

Governor Youngkin has proposed several budget amendments in his Day-One Plan to Governor Northam’s introduced budget, but doesn’t specify where billions in extra spending will come from. This leaves the General Assembly to grapple with already-crumbling schools, roads, and bridges; as well as direly-needed funding for behavioral health services and localities’ share of grocery and gas tax revenues–to name a few.

Governor Youngkin doesn’t have a plan to pay for his exorbitant spending plan of nearly $4 billion by bringing in new revenue or choosing what to defund in the process. Here’s a look at what some of his proposals would cost, in addition to some budget language (since he can’t get the bills themselves through the Senate…): 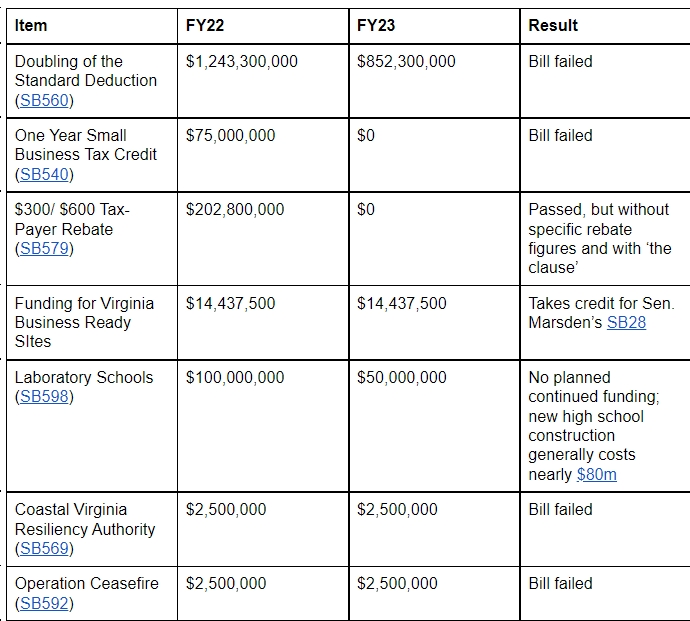 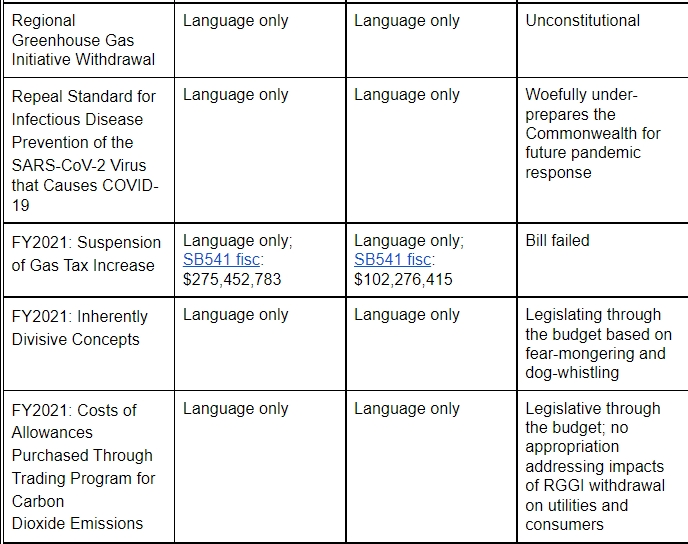 Under Democratic Leadership, Virginia Was the #1 State for Business Two Years in a Row. Six Months After Glenn Youngkin Became Governor, Virginia Falls...