The Arlington Sister City Association is co-sponsoring an event at Northside Social this Sunday to raise funds for our Ukrainian sister city of Ivano-Frankivsk.

They are asking for donations to Let Ukraine Win, a vetted humanitarian organization formed on the 4th day of Russia’s war against Ukraine, covering the urgent needs of defenders and populations in the most affected cities and areas. LUW has established a humanitarian hub in Ivano-Frankivsk and transit operations near the Polish border and in the city of Lviv, all collecting supplies for the frontline and civilians. 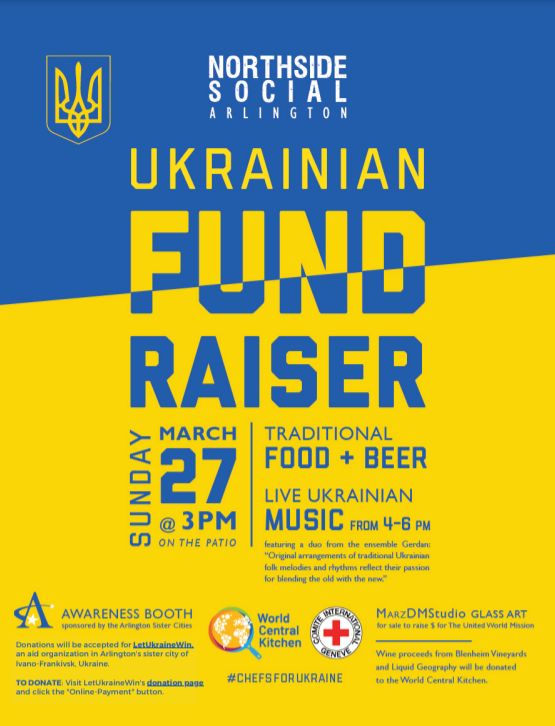 I hope you will consider making a donation and attending the fundraiser if you are able. Your support will help our sister city of Ivano-Frankivsk in Ukraine to fight for their freedom.

If you make an online donation, it would be great if you could take an extra moment to send a personal message of hope through the website — and please note that your donation is from their U.S. sister city of Arlington.

Thank you for your support,