See below for the latest development in the case of a legal challenge to the admissions policy for the Thomas Jefferson School for Science & Technology in Fairfax.

The Supreme Court on Monday left in place an admissions system for a prestigious Northern Virginia science and technology high school that administrators said opened the magnet program to a wider socioeconomic range of students but opponents claimed discriminated against Asian American applicants.

The legal battle is between a group of parents called the Coalition for TJ and the Fairfax County School Board over admission to what is often ranked as the nation’s best high school, the Thomas Jefferson High School for Science and Technology, known locally as TJ.

As Sen. Scott Surovell tweeted (see below), “Good to see SCOTUS refrained from using the Shadow Docket in the TJ litigation and are going to let our courts deal with this issue in the ordinary course.”

Also, as Vox Supreme Court analyst Ian Millhiser tweeted (see below), “I’m confused why this order took so long, as there is no opinion accompanying it. That said, I doubt this case is going away. SCOTUS most likely gave it a miss because it doesn’t make sense to order a school to change its admissions policy days before acceptance letters go out.”

So, we’ll see what happens, but I’d assume that this just means the Supreme Court will eventually ditch the “TJ” admissions policy, it will just take a while longer to play out. 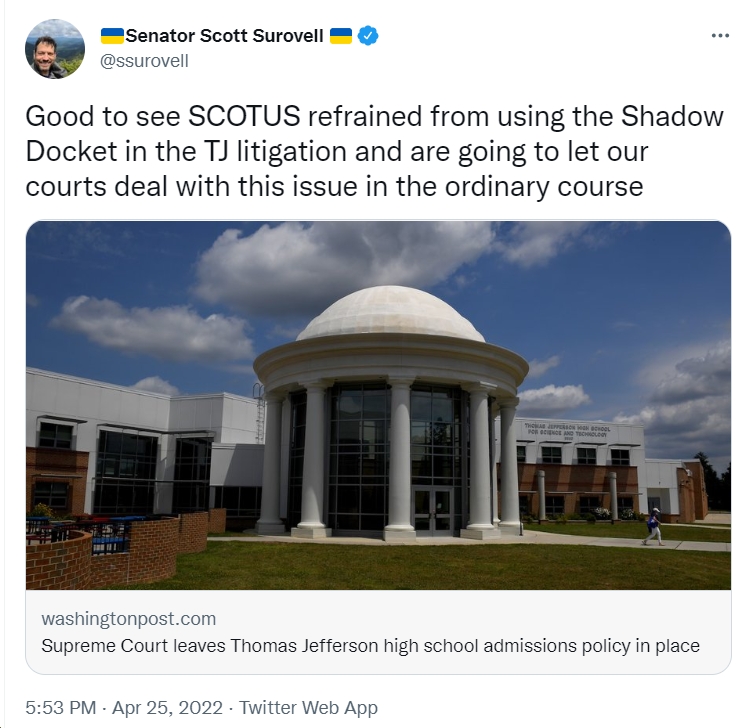 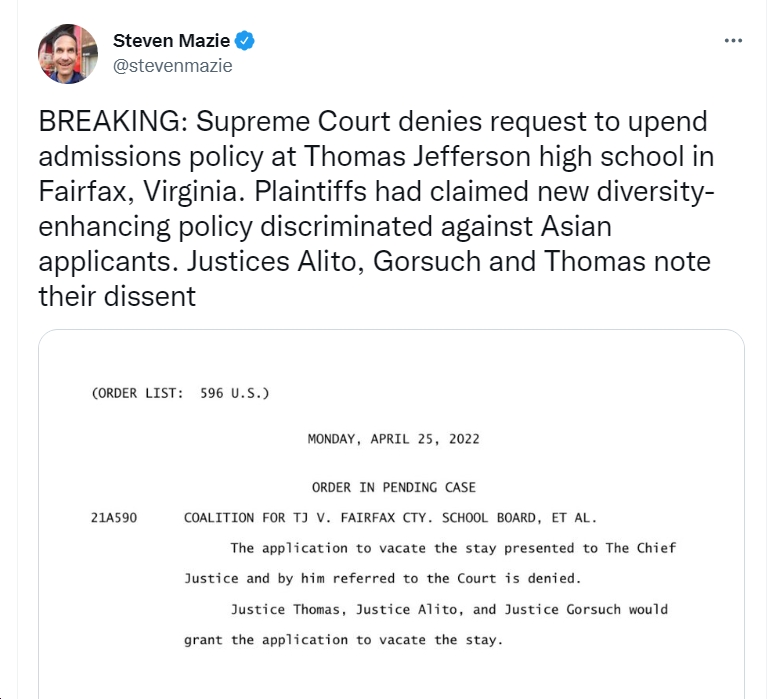 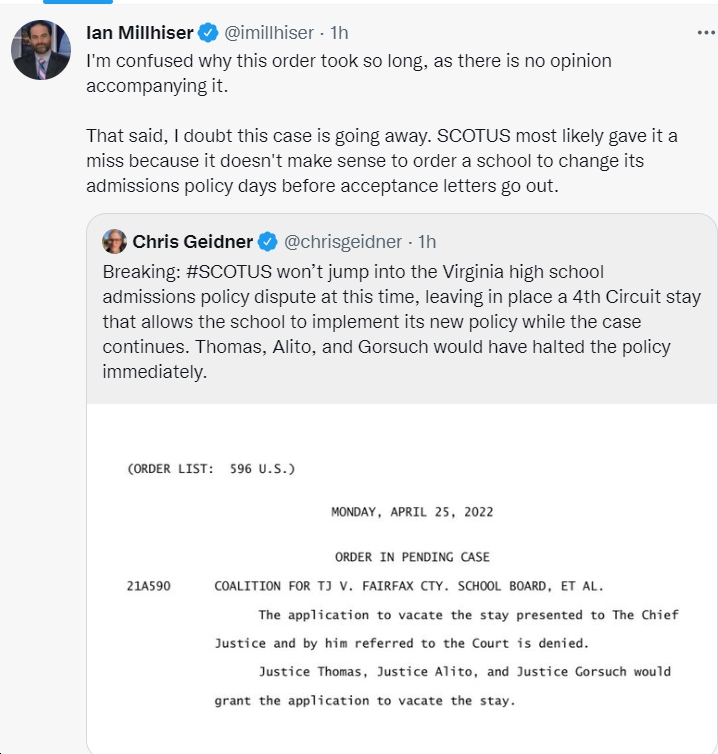