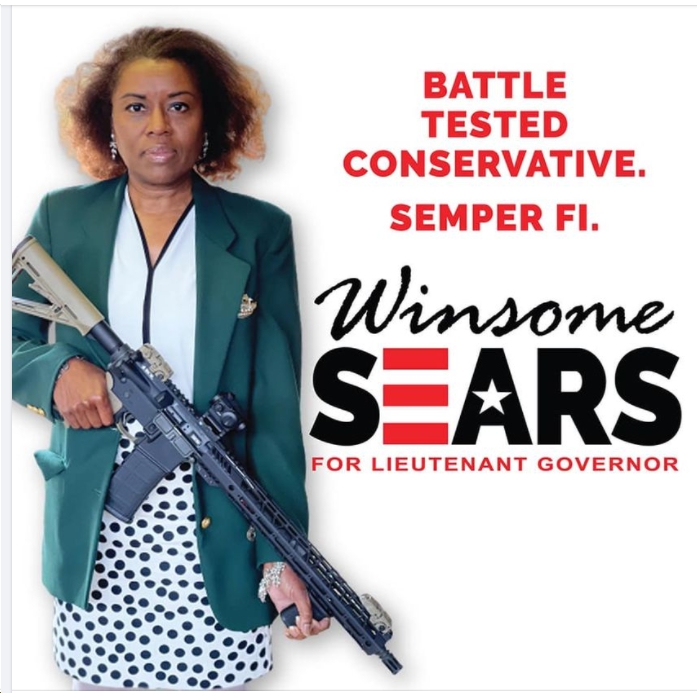 Yesterday, Virginia Democrats held a video press conference, in which they blasted Lt. Gov. Winsome Sears for attending the NRA convention in Texas, just days after 19 children and two teachers were murdered by someone using an AR-15. As Democratic Party of Virginia Chair Susan Swecker, put it, “it’s an abomination to the victims of this shooting and an embarrassment to the Commonwealth.” And as Del. Elizabeth Guzman said,Sears’ speech at the NRA event was a “slap in the face to the victims and to the Latinx community… Her appearance at this event is shameful.”

Since then, the Washington Post reported on Sears’ speech – for which we have no audio, video or a full transcript! – as “acknowledging the horror of this week’s shooting at a Uvalde elementary school but blaming it on a range of social factors from lack of prayer in schools to ’emasculated’ men and pandemic safety protocols”; while defending the NRA as “our fellow law-abiding American” – not “monsters.”  Uhhhh…

Anyway, as you can see below, Virginia Democrats didn’t appreciate any of this lunacy from Sears, who of course is a huge gun enthusiast (remember this photo)? Among the reactions: 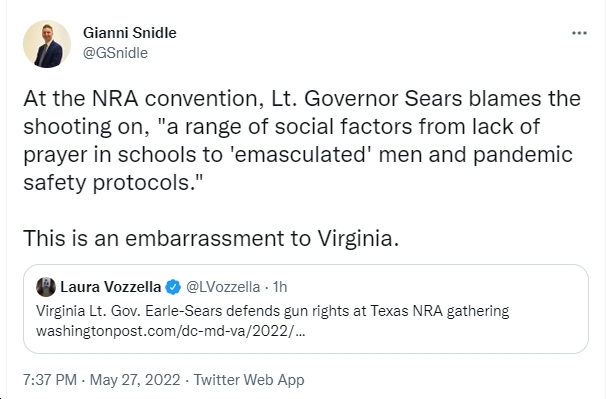 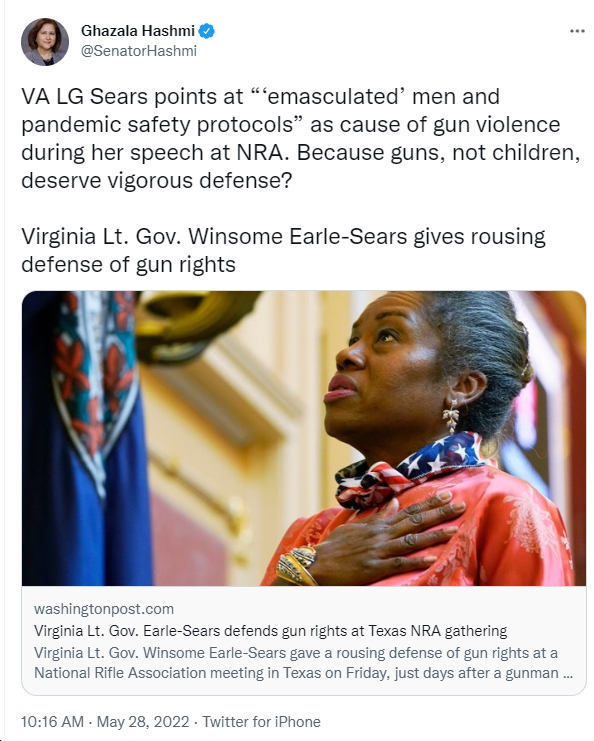 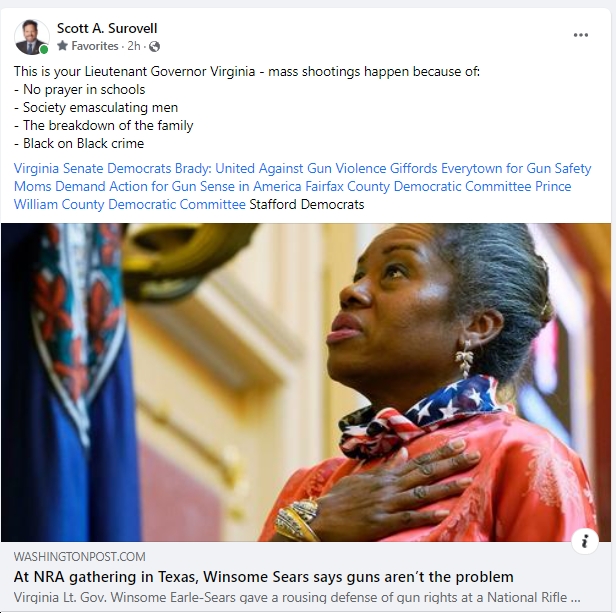 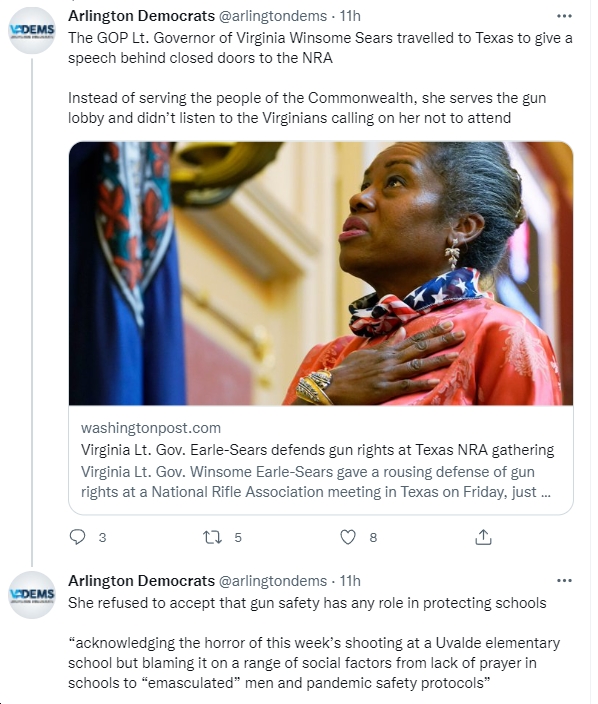 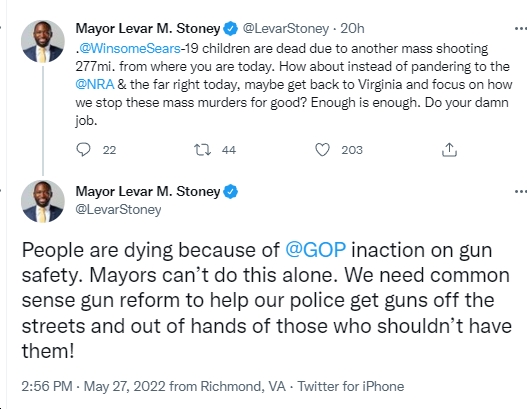 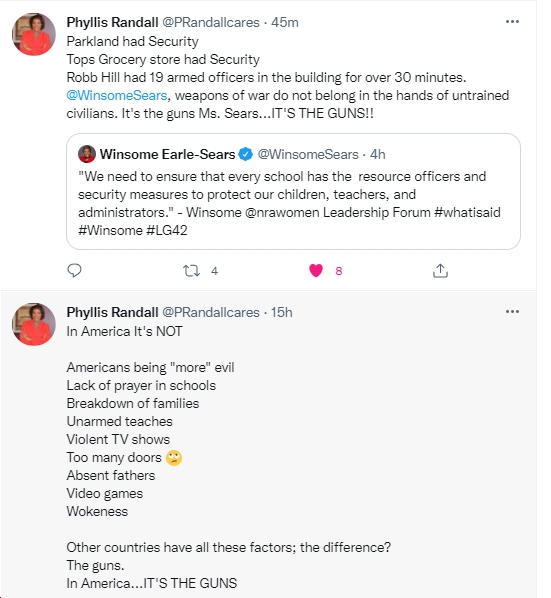 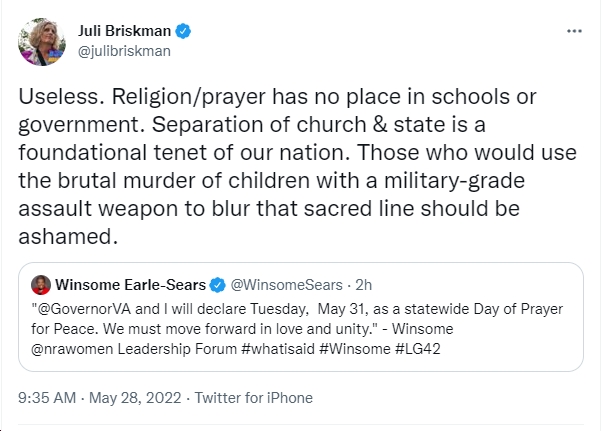 Rep. Gerry Connolly (D-VA11): “The gun lobby and its Republican puppets have robbed Americans of our sense of safety in just about every place...