See below for good news from Loudoun County, where “a judge has thrown out the recall cases against Loudoun County school board members Brenda Sheridan and Atoosa Reaser, saying the petitions filed by Fight for Schools didn’t have sufficient evidence to support removing the board members from office.” As the Loudoun Democrats wrote yesterday:

Six months ago, a right-wing petition drive involving frivolous claims against two members of our duly elected School Board forced them to face a circuit court hearing to determine whether they get to complete their terms of office.

Those hearings get underway – at 10 a.m. Monday, at the County Courthouse, 18E Market Street, in Leesburg – and already, even the specially appointed state prosecutor has agreed with the defense team and asked the court to drop the “charges” against one of “the accused.”

Unfortunately, we are unable to charge Ian Prior and his pernicious “Fight for Schools” charade with delusional inciting of the public by false allegations of wrongdoing. But what we can do is stand up to their phony campaign of intimidation and harassment.

For more background, see this Loudoun Times article, which writes:

“Petitioners claim in their filings that Reaser routinely limited the First Amendment rights of speakers and listeners by shutting down public comment and putting in place rules to prevent speakers based on their viewpoints; and had general knowledge of a sexual assault case involving a teenager and the teen’s subsequent transfer to a different school, where he then committed an assault on a second student while awaiting trial.

Further, the group claims she did not leave a private Facebook group when the suspension of a teacher and his subsequent lawsuit against a Loudoun County Public Schools was being discussed by former board member Barts and others in the group.”

The judge in this case, H. Thomas Padrick, Jr. (Ret.), apparently did not agree with that argument. By the way, note that Padrick is most certainly NOT a liberal judge, as he teaches at Pat Robertson’s Regent University, and was appointed by the conservative Virginia Supreme Court to hear this case. 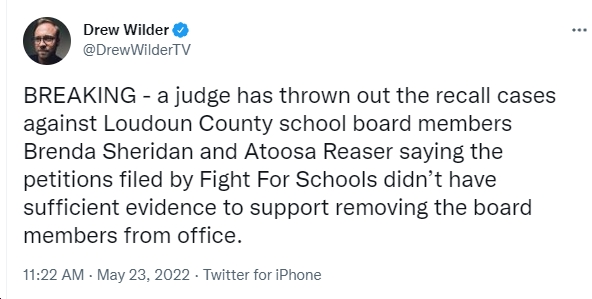 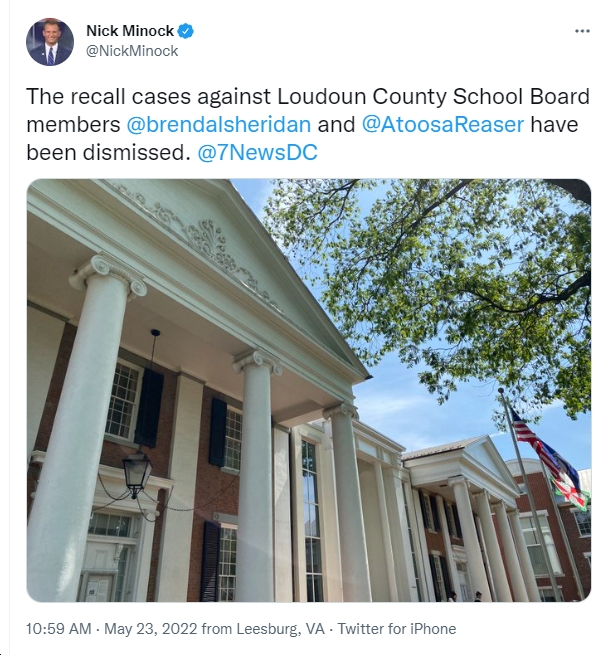 Speaking on Friday, Loudoun County School Board member Atoosa Reaser had said: “I have full confidence that the court will see that there is not merit to the removal petition…my ask is actually for the community to show their appreciation for the teachers and the staff at the schools” 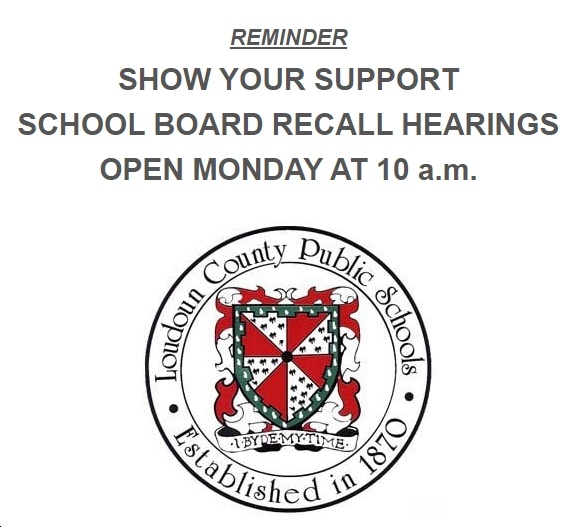 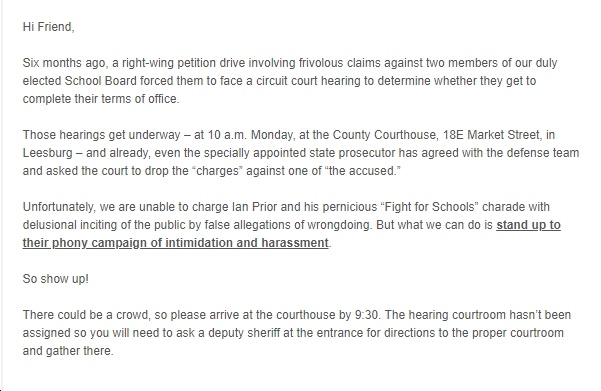