I’m posting the following thread by David Rothkopf (“Here are a bunch of reasons I have concluded along the way I could never be a politician”) not because I agree with every item – although I do agree, at least to an extent, with most of them – but because I find it very thought provoking and refreshing, particularly in contrast to the blather and focus-group-tested mush we often get from politicians. I also agree 100% with Rothkopf on this point:

“The point is that each of these are conclusions I have come to that would produce such backlash and be considered so extreme that they would generate huge pushback. Some would provoke much worse. Some cannot even be spoken about in public. Some would be dismissed as unrealistic. In short, our system would try to kill them…or has been trying to…for a long, long time. So, I prefer to advocate for them in other ways. But I will admit, every so often it strikes me as almost incomprehensible that ideas that are common sensical or just or decent or proven by experience to be sound are such non-starters in our political discourse. We know better. And we could do better. But we don’t. I haven’t given up. We shouldn’t. We should, in fact, fight for these most challenging notions despite the odds because they are so important. 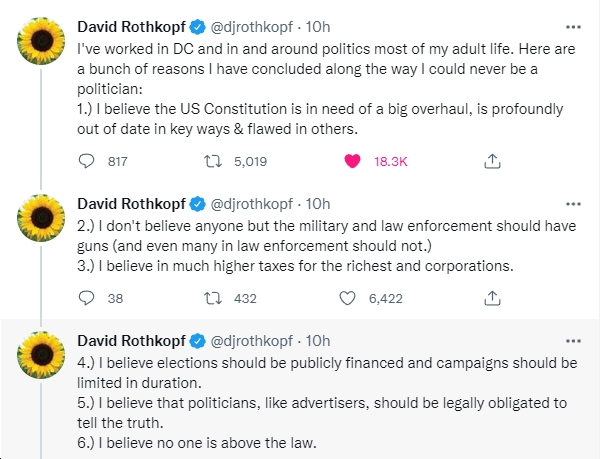 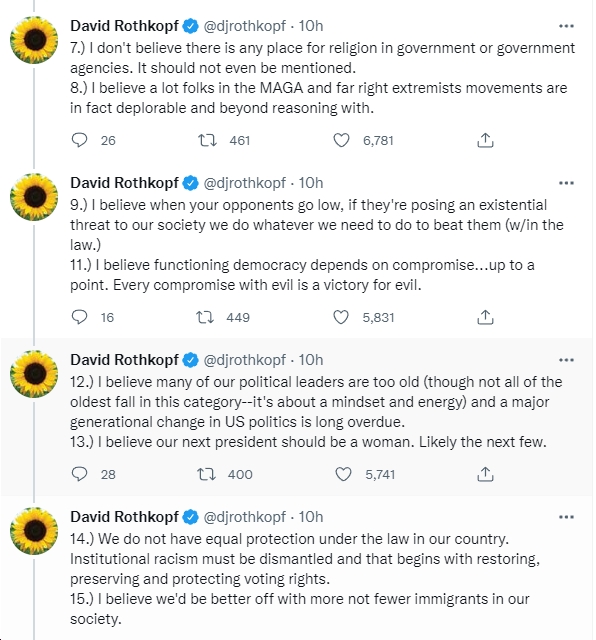 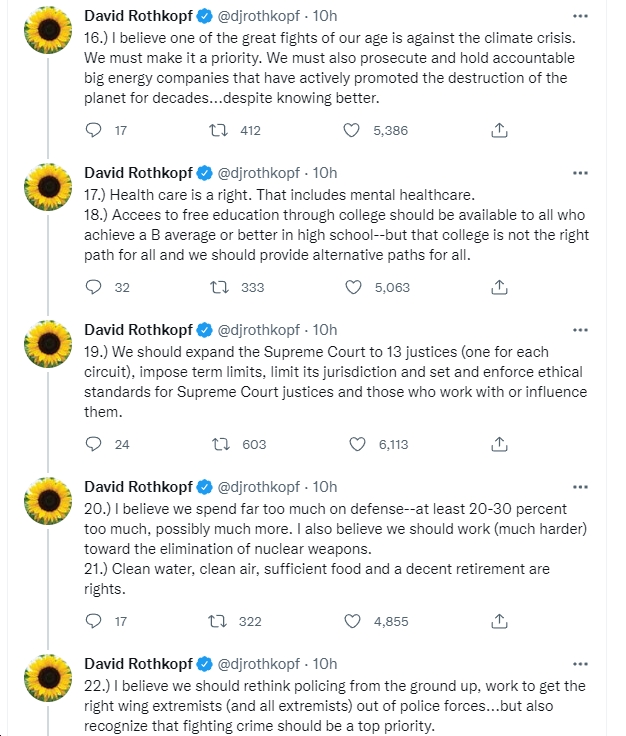 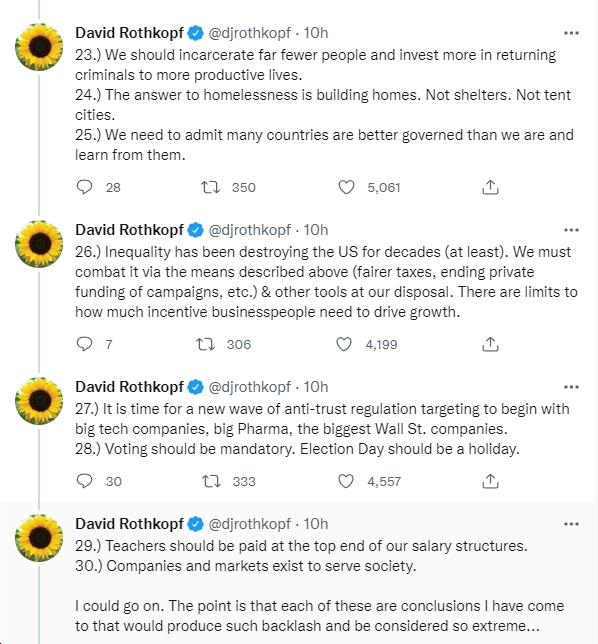 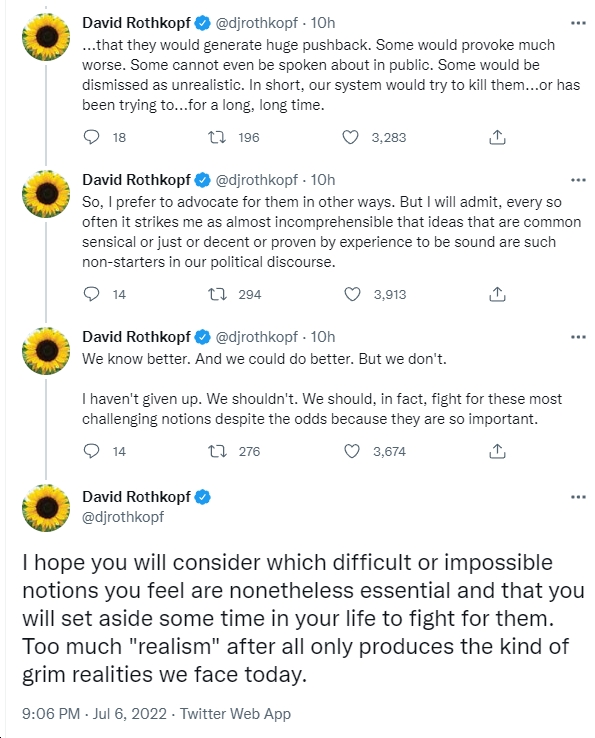