In 2026* we will put abortion rights and LGBT rights into Virginia’s constitution so no politician can ever play this game again. Until then I will stand guard for the next 1,288 days until we have a better Governor.

* The process for amending the constitution will take that long, and to meet that deadline we will have to make @DonScott757 Speaker of the House in next year’s election.

Not only would this be the right thing to do substantively, it also would be smart politically, helping to motivate Democrats to turn out in droves in the Virginia General Assembly elections next year – when the goal should be to add seats in the State Senate and take back the House of Delegates – and the statewide elections in 2025 – when we absolutely MUST take back the three statewide offices (and prevent either Jason Miyares or Winsome Sears from becoming governor, obviously). Let’s do it! 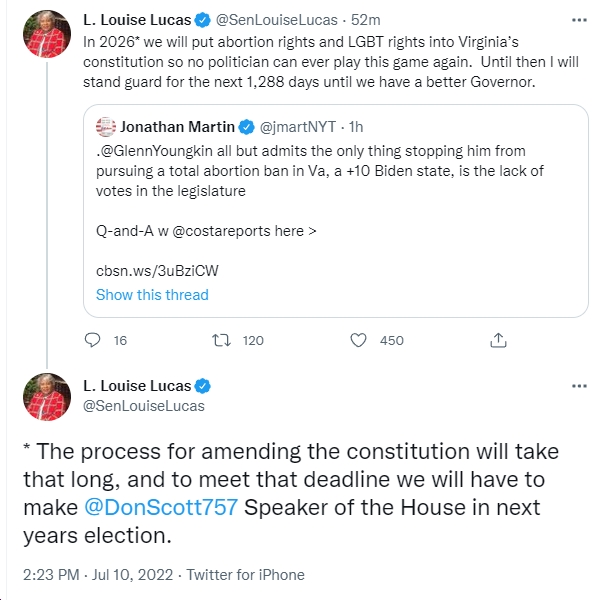 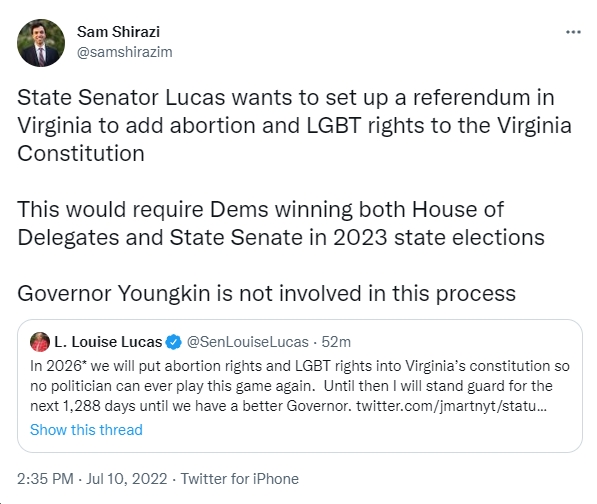