See below for video of the press conference by the Richmond Police Department a little while ago, in which “Chief Gerald M. Smith addresses tip received about planned mass shooting for July 4th, Arrest made, firearms seized.” According to Richmond Times-Dispatch reporter Lyndon German:

“Smith said thanks to a ‘hero citizen’ informed the department that a mass shooting targeting the July 4 event at Dogwood Dell. Officers from the 2nd precinct, along with officers from Homeland Security went to investigate the tip. Their investigation arrived at a residence near the 1000 block of Columbia Avenue on July 1, where officers discovered firearm materials in plane view that aligned with the tip police received. They seized two assault rifles, a hand gun and 233 rounds of ammunition. Smith said police also arrested Julio Alvardo Dubon, 52 of Richmond. He was charged with being a non-US citizen in possession of firearm and is being held in Richmond City Jail without bond.”

Also, see below for a press release from Rep. Donald McEachin (D-VA04), which says “Thankfully, the Richmond Police Department, in collaboration with the Department of Homeland Security and the FBI, successfully disrupted a planned mass shooting in our Commonwealth’s capital…Thanks to the diligence and heroism of our Richmond police force, an unfathomable act of violence was stopped, and countless lives were saved.”

Of course, this will continue to be life in America as long as we don’t take serious action to rein in gun violence. If that’s what you want, then by all means do two things: 1) vote in every election, whether local, state or national; 2) always vote for candidates who support gun violence prevention efforts, and AGAINST candidates who oppose those efforts.

Richmond, VA – Today, Congressman A. Donald McEachin (VA-04) issued the following statement after the Richmond Police Department announced its units had successfully stopped a mass shooting attempt in Richmond on the Fourth of July:

“On a weekend meant to celebrate the independence and birth of our nation, we watched as gun violence ravaged communities across the United States. From the mass shooting in Highland Park to the shooting on West Broad Street in Jackson Ward in my district, too many Americans experienced pain and suffering during what should have been a weekend of celebration.

“Thankfully, the Richmond Police Department, in collaboration with the Department of Homeland Security and the FBI, successfully disrupted a planned mass shooting in our Commonwealth’s capital. This would not have been possible without the help of a hero citizen, who called in to warn about the suspected attack. It is reassuring to see such effective cooperation between citizens and our police force, and I applaud all who were involved in the effort.

“Thanks to the diligence and heroism of our Richmond police force, an unfathomable act of violence was stopped, and countless lives were saved. I extend my sincere thanks to the Richmond Police Department for protecting our community from another senseless tragedy.”

#BREAKING: Richmond Police say Julio Alvarado had 223 rounds of ammunition in his residence, as he is accused of planning a mass shooting at Dogwood Dell in the City of Richmond on the 4th of July. @NBC12 pic.twitter.com/zIz0JBNxAW 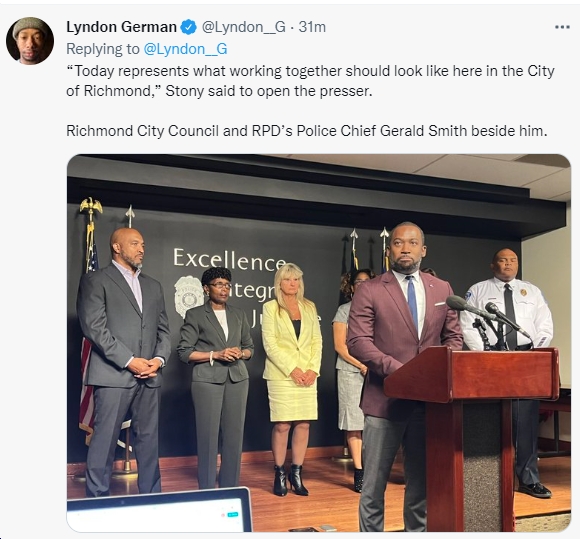 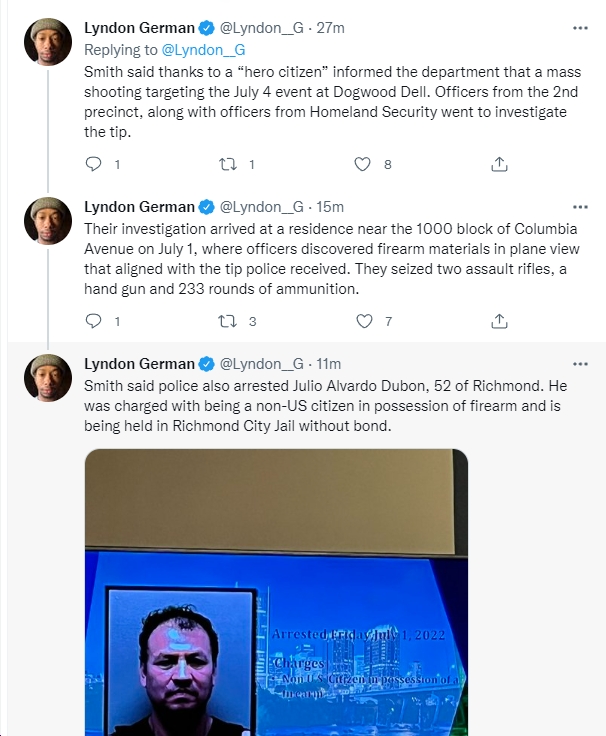 Mayor Stoney: “Unfortunately, because of the proliferation of these weapons of war and who can get their hands on them, whether you’re at home in your cul de sac or in your neighborhood in a park or in a parade, out dining, you have to keep your head on a swivel, and that’s not the country that I know I desire to live in…anyone…desires to live in, but those are the facts of the matter at this moment…at the local level…we don’t have the tools necessary to stop the flow of weapons into the hands of those who want to harm us.” 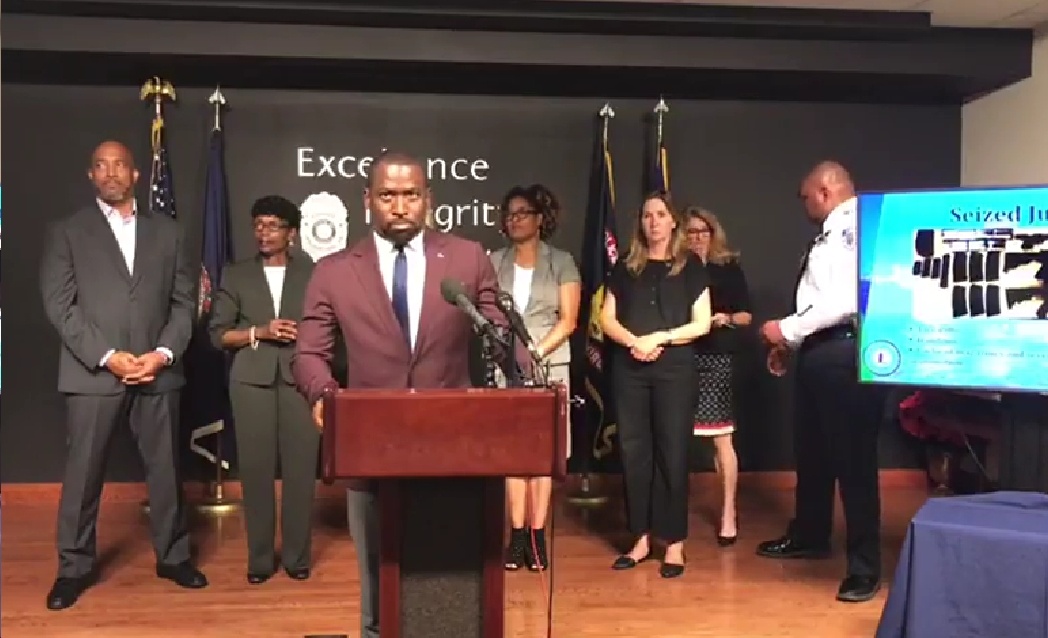 “Thank you to the Richmond Police Department and federal law enforcement officers who prevented a mass shooting and saved countless lives.
Virginia will be forever grateful to our heroic neighbor who came forward and reported overheard plans. If you see something, say something.” 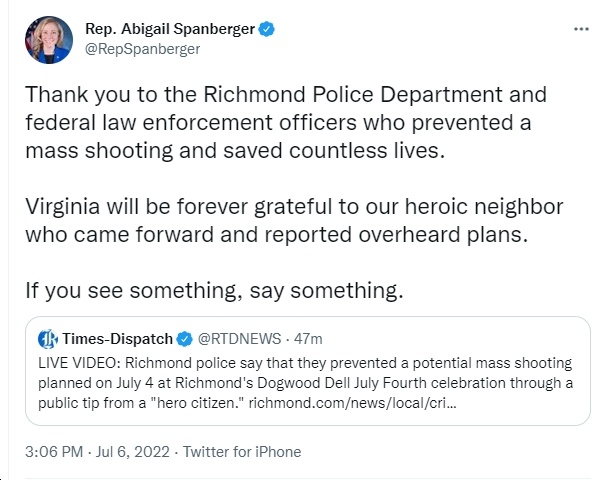 Rep. Donald McEachin (D-VA04) Says He’s Normally “happy to do debates,” But Will NOT Do One With His Trumpist Opponent Who Refuses to Accept...

US House Votes 267-157 to Protect Marriage Equality for Same-Sex and Interracial Marriage; All Dems Vote YES; 157 Republicans (Including All Four From Virginia)...