Back in 2019, Democrat Josh King just *barely* lost his bid – by just 759 votes out of more than 120,000 cast  – for Prince William County Sheriff to Republican incumbent Glen Hill.  Who is Josh King? Here’s how he described himself in the 2019 campaign:

Josh King is a 38-year-old Iraq War vet, deputy sheriff, advocate for people with special needs, and leader in his local SEIU. He and his wife Candi live in Dumfries and are the proud parents of three children, including a non-verbal teenage daughter with autism. All of Josh’s children attend Prince William County Schools. He is the first Democrat to run for Prince William County Sheriff in 16 years.

Josh King’s wife Candi, by the way, is now *Delegate* Candi King, having been elected and reelected to the Virginia House of Delegates (and is doing a SUPERB job, by the way!). As for Josh King, his electoral record has three narrow losses: 1) to Republican incumbent Del. Mark Dudenhefer in 2015, by a 50.4%-49.3% margin; 2) in the 2017 HD02 Democratic primary, by a 50.1%-49.9% margin to Jennifer Carroll Foy (who went on to win the seat in November 2017); and 3) the 2019 Prince William County Sheriff’s race, by less than a percentage point. So we’ll see how it goes in 2023, but Josh King is a good guy who’s most definitely due for a win (and would represent a major upgrade from the Republican Sheriff in this deep-blue county, plus Manassas, Manassas Park, Haymarket, Quantico, Dumfries and Occoquan)! 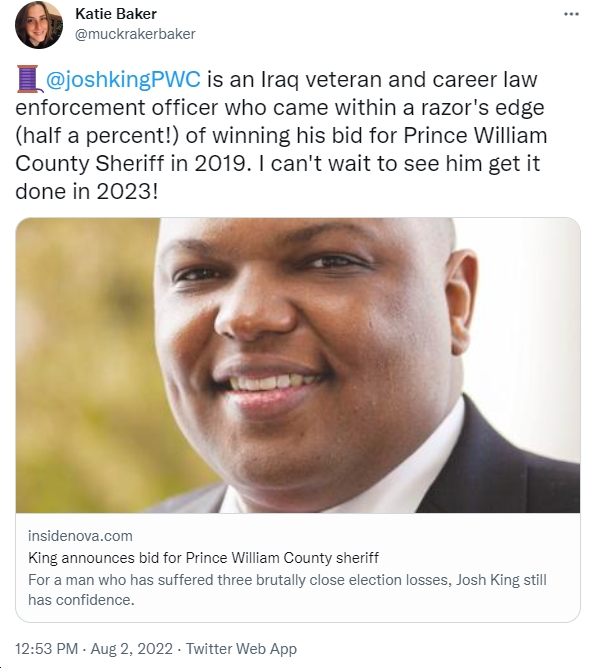 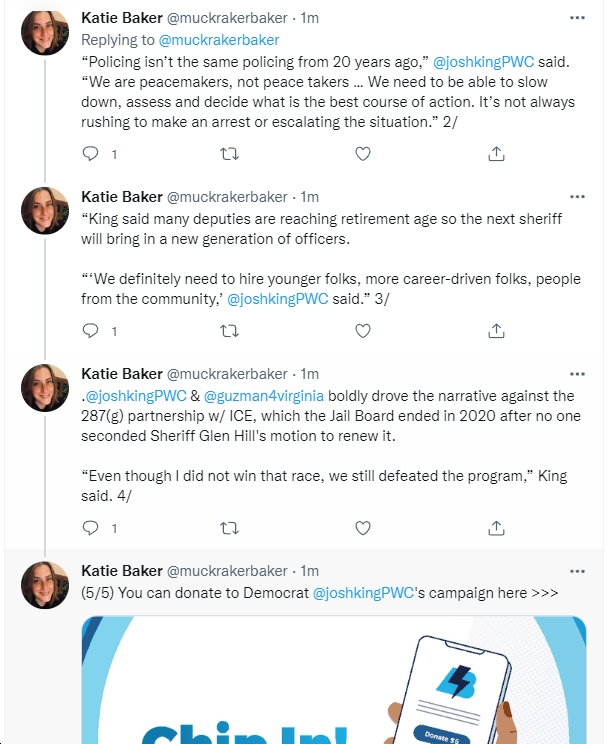