Today marks the 59th anniversary of the seminal March on Washington – “one of the largest political rallies for human rights in United States history,” and which is “credited with helping to pass the Civil Rights Act of 1964” – at which Dr. Martin Luther King, Jr. delivered his famous “I Have a Dream” speech. Of course, as famous, great and inspiring as Dr. King’s “I Have a Dream” speech was, and as important as the March on Washington was,  Dr. King did much, much more than that in his all-too-short life. Just a few highlights include:

And Dr. King did much, much more than that. But you’d never know that if you just listened to Republicans, who are fond of quoting just one of Dr. King’s quotes (and even then, out of context), from the March on Washington: “I have a dream that my four little children will one day live in a nation where they will not be judged by the color of their skin but by the content of their character.” Of course, quoting only that line, or segments of it, gives Republicans the opportunity to seem to be on this great American’s side, even while they would have opposed nearly everything Dr. King stood for, and even as the Republican Party today works relentlessly AGAINST everything Dr. King fought for – economic and social justice, voting rights, civil rights, the end of systemic racism and all forms of discrimination, poverty and oppression. All of which today’s Trumpist GOP is on the opposite of, sad to say…

Which is why it’s good to see a bunch of people calling out Glenn Youngkin for tweeting that Dr. King’s “I Have a Dream” speech “inspired our country to cast aside prejudice and become a more perfect union for all Americans.” See below for some quotes and screenshots, including: 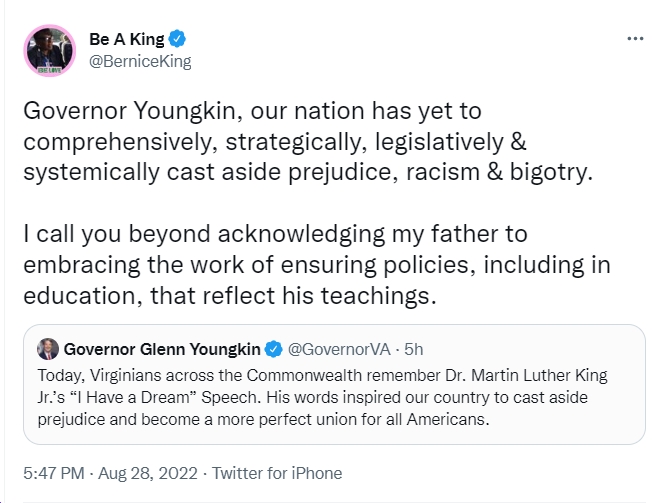 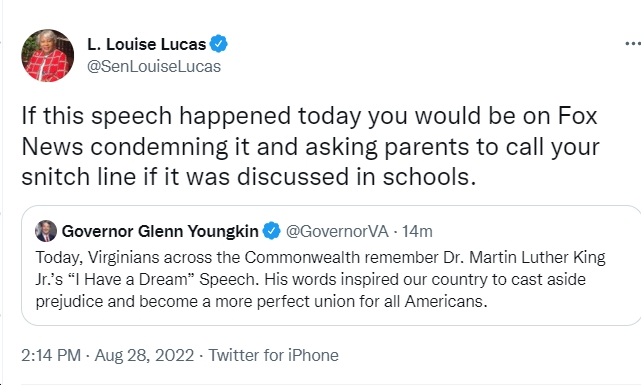 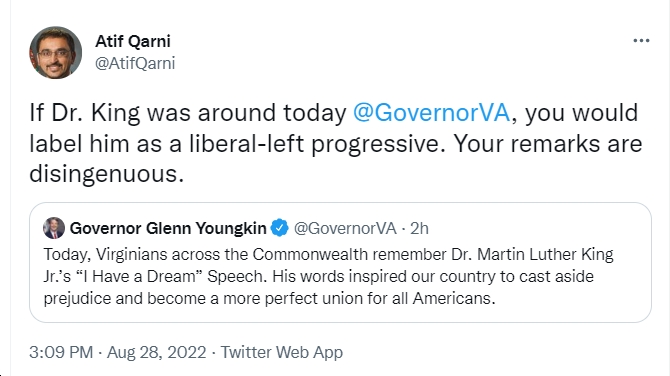 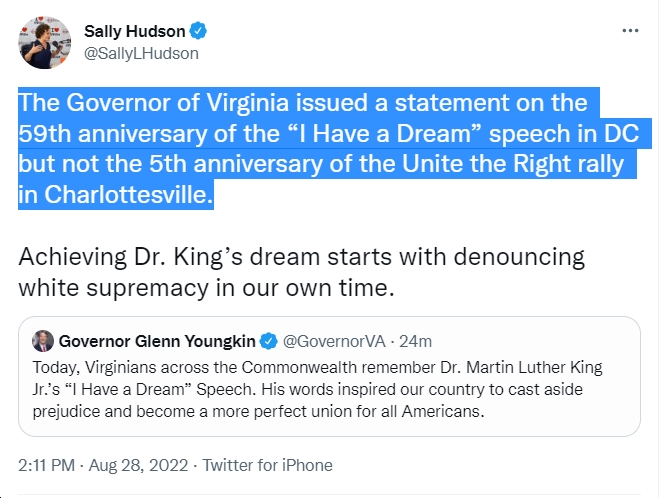