See below for a Twitter thread by Georgetown U. Visiting Professor Thomas Zimmer that is, at once, disturbing, amazing, and all-too-familiar, about how “these [right-wing] dangerous conspiracies are weaponized and shared well beyond what we tend to think of as the far-right.” Zimmer relates his encounter with “an elderly white person, with an academic background, widely traveled, had lived overseas, and, it can be assumed, reasonably wealthy” while “chasing seagulls with my two little boys on the beach of an expensive sea resort on the NJ coast.” This “elderly white person” was “fully politicized,” and within seconds, was spewing out unhinged talking points from the “rightwing information / propaganda machine” on the FBI “raid” of Trump’s compound in Mar-a-Lago earlier this week. Thus, of course, she spewed out “Hunter Biden,” “the Clintons,” “the Epstein judge,” and – perhaps most insanely, although it’s hard to rank these in order of lunacy – “They are arming IRS agents as we speak – they are coming to our houses, they are going to raid our homes, taking away everything!” And perhaps the most important points by Zimmer are that: 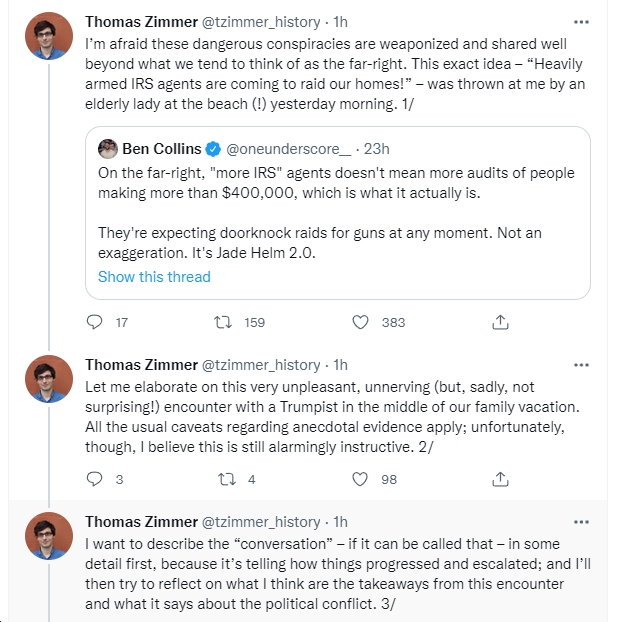 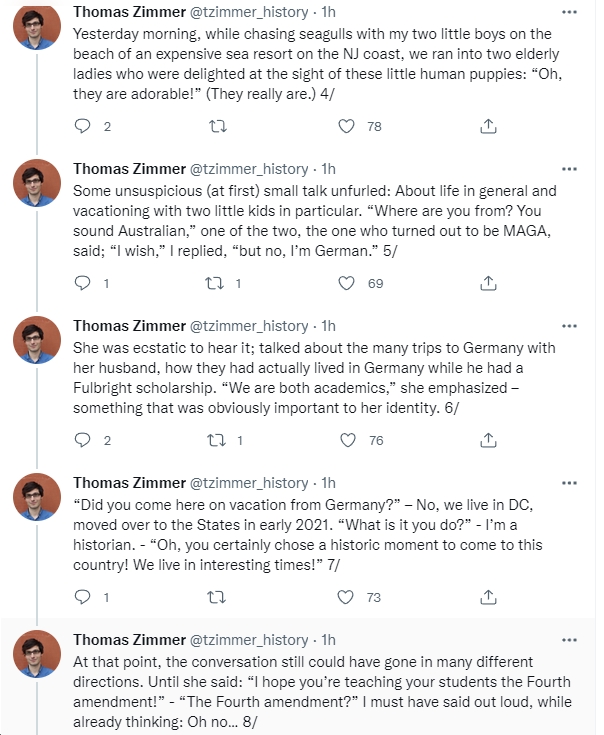 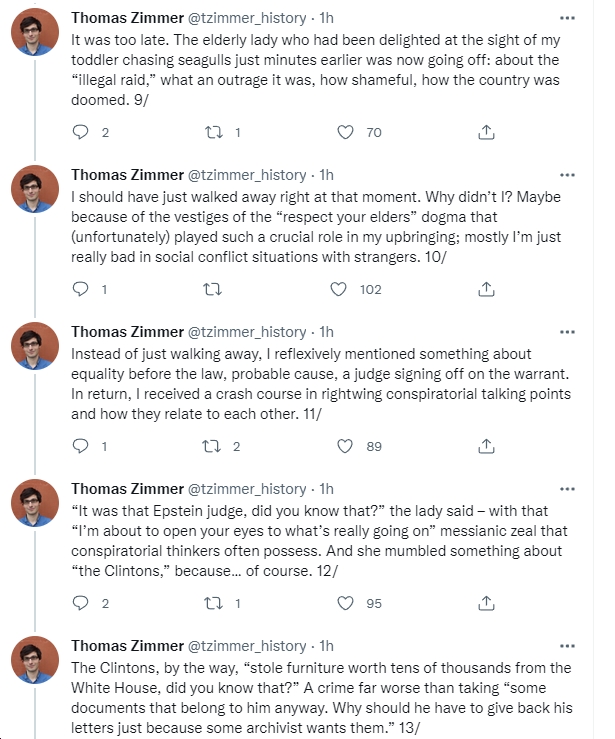 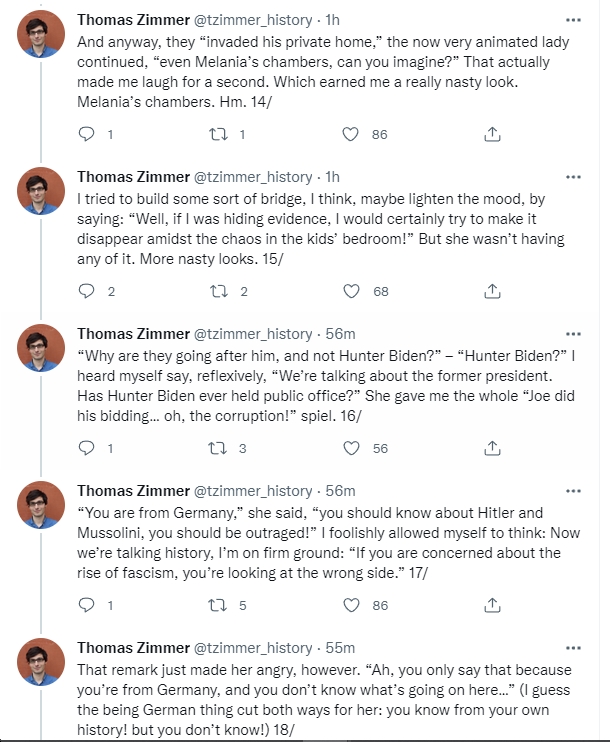 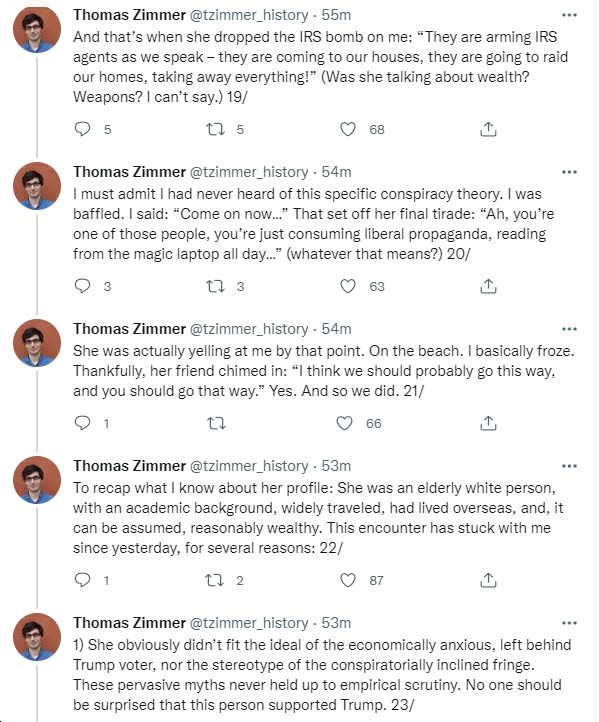 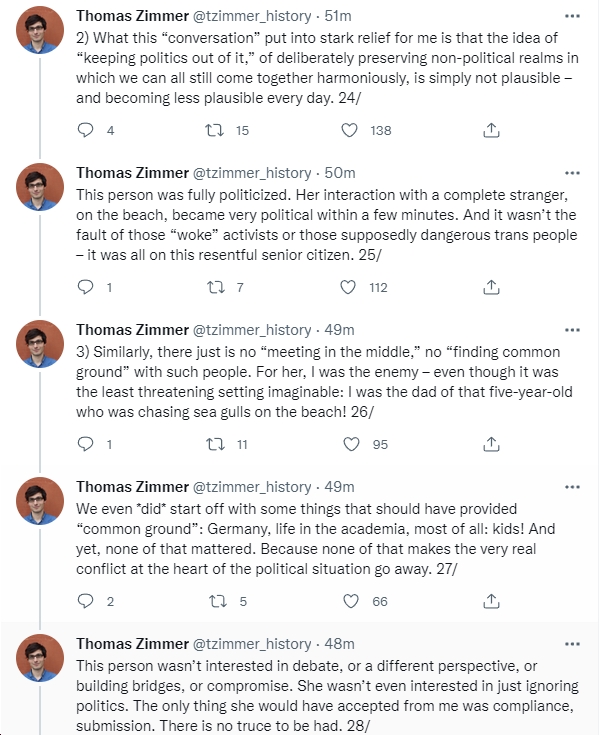 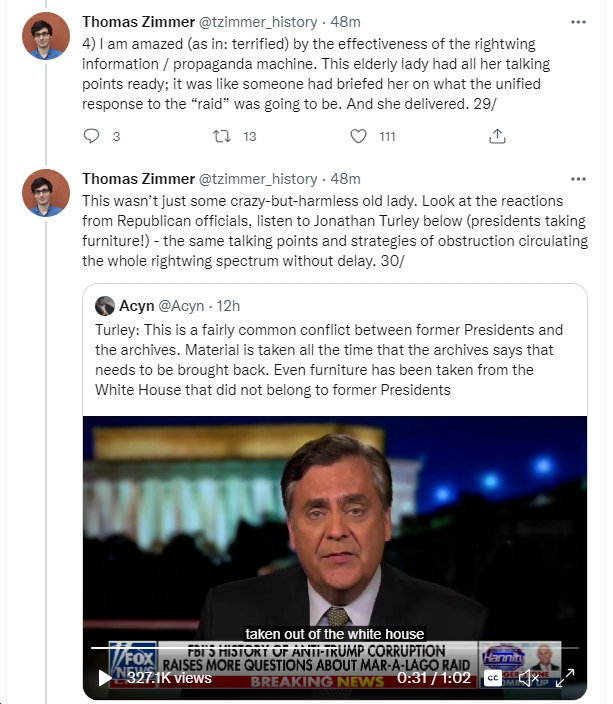 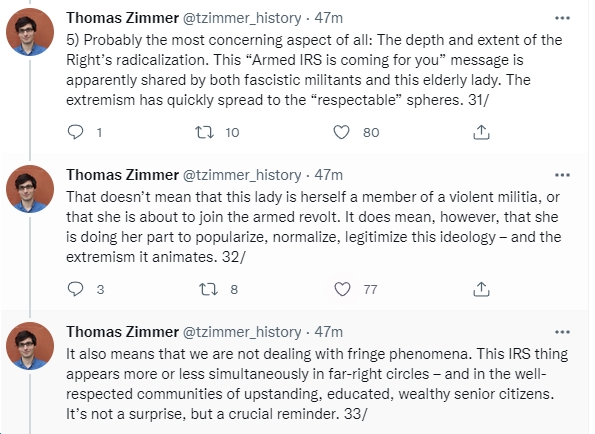 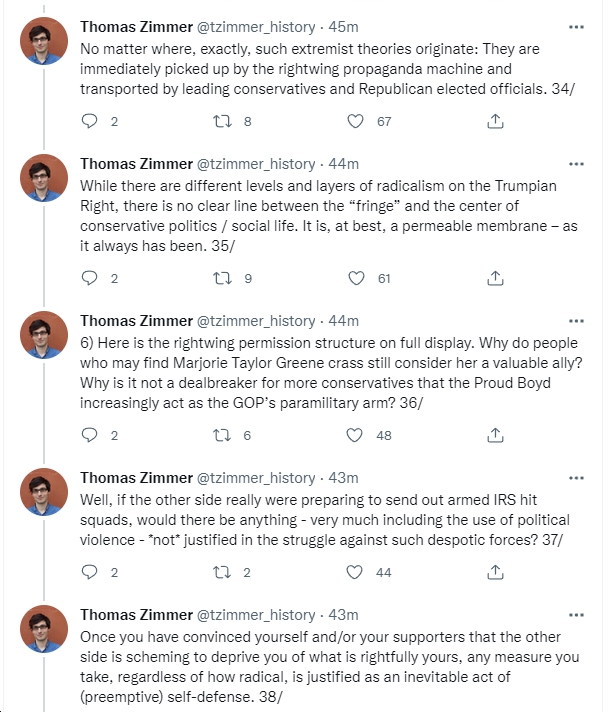 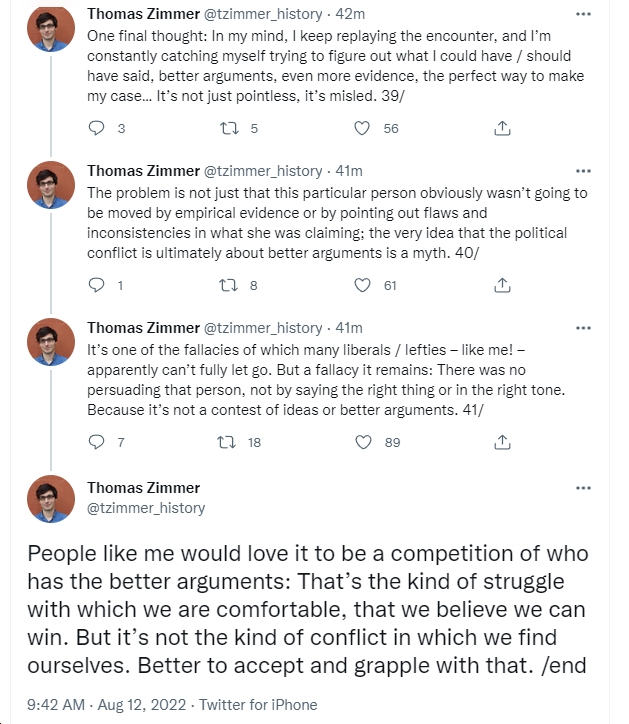