I just saw the following sad news, that Harris Miller – who I met when he ran for the Democratic US Senate nomination in 2006 against Jim Webb – died last Thursday, at 71 years of age, from pancreatic cancer, with a funeral service being held today at Temple Rodef Shalom in Falls Church. Condolences to Harris Miller’s family and friends. on his passing. here’s just a quick synopsis of Miller’s bio:

A consequential life, for sure! Again, condolences to Miller’s friends and family. 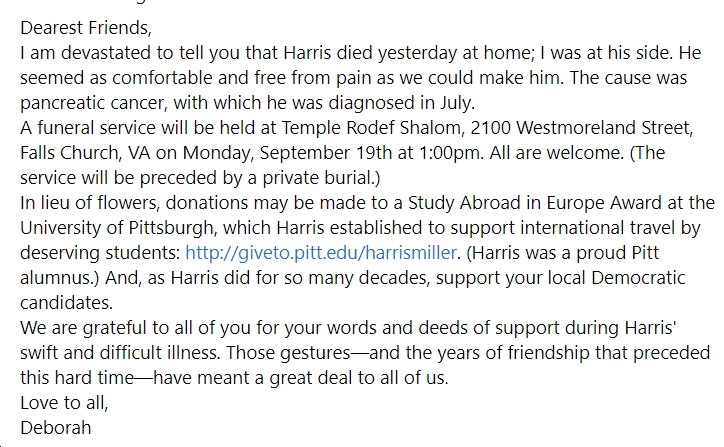 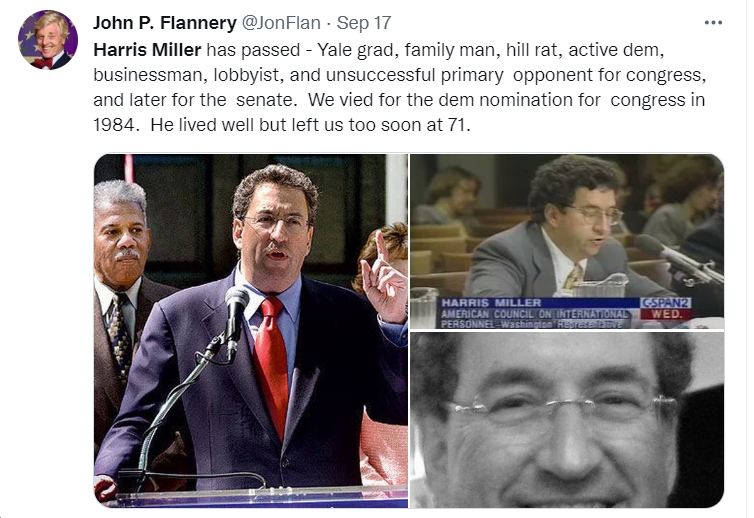