According to a new poll by the University of Mary Washington, despite Youngkin’s constant bashing of Virginia public schools, “Only 16 percent of Virginians gave their local school districts unsatisfactory letter grades (D or F)” (compared to 40% who give them an A or B). As Prof. Stephen Farnsworth said, “This survey demonstrates, once again, that the loudest voices at school board meetings are unrepresentative of overall public opinion in the commonwealth….The large number of Virginians who say that their local schools are doing an excellent or at least a good job suggests that the governor would be wise to tap the brakes on some of his more controversial plans to re-shape public education.”

And finally: “Youngkin’s net approval score of plus 15 was somewhat lower than that of former Gov. Ralph Northam, who during his first year had a plus 31 net approval rating in the September 2018 UMW statewide survey.” 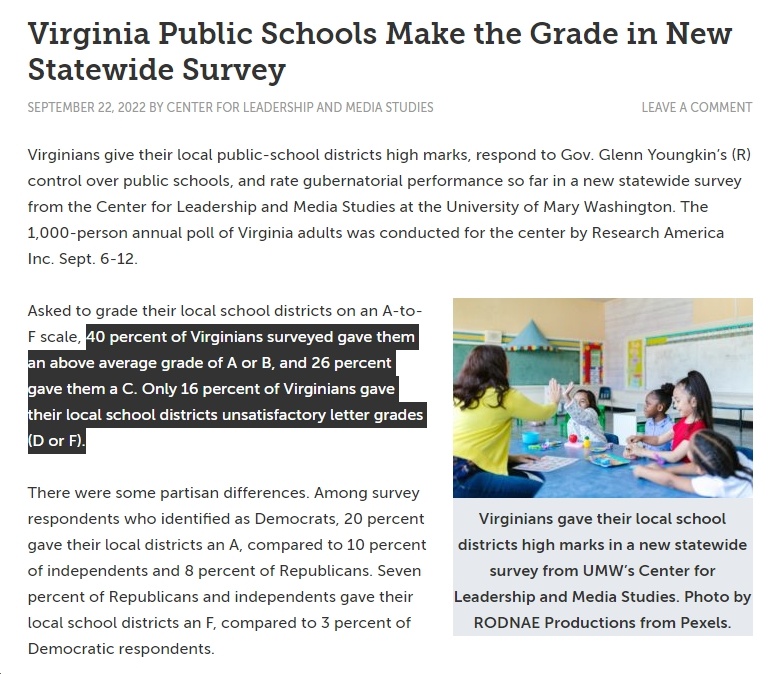 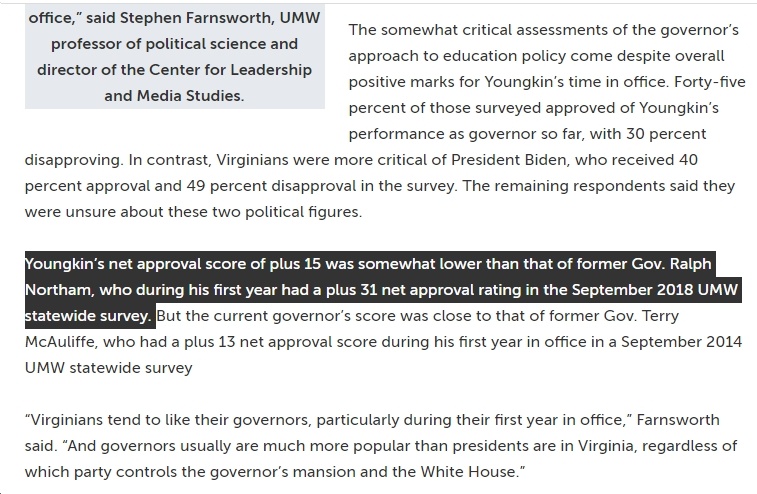