With just 37 days until Election Day, most Democrats are heavily focused – as we should be – on the crucial midterm elections, including making sure we reelect Reps. Elaine Luria (D-VA02), Abigail Spanberger (D-VA07) and Jennifer Wexton (D-VA10) here in Virginia. For that reason, I haven’t been posting much about possibilities for 2023, when the entire Virginia General Assembly will be up for election. However, this morning, I saw the following tweet from Sam Shirazi about a Democratic candidate, Russet Perry, filing to run in the 31s State Senate District, which – as Shirazi points out – “will be crucial in next year’s state [Senate] elections.” Why is that? Because:

Of course, for Democrats to win this seat, we’re going to need a super-strong candidate. Which is why I was glad to see that Russet Perry has filed her paperwork for a possible run next year. For some more information on Russet Perry, see here. A few things that really jumped out at me were:

Anyway, we’ll see how it goes assuming Russet Perry announces for this seat, but for now, I just wanted her to be on everyone’s radar screen as a potentially very strong candidate in what is likely to be one of the top-tier races of 2023 here in Virginia.

P.S. One other Democrat has filed for this seat – Leesburg Councilman Zach Cummings. Also note that this district’s boundaries changed with redistricting, and now is overwhelmingly in Loudoun County, whereas previously it had parts of Clarke, Fauquier, Frederick, Winchester, Culpeper and Stafford… 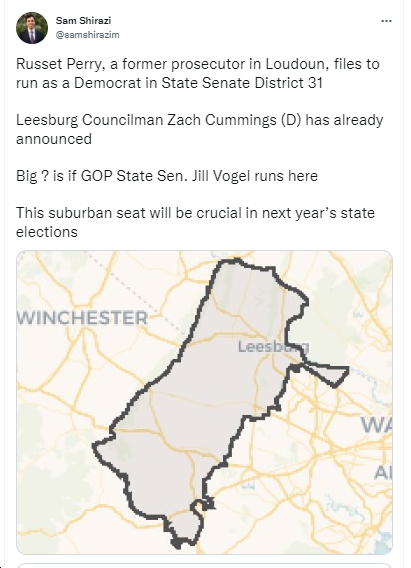 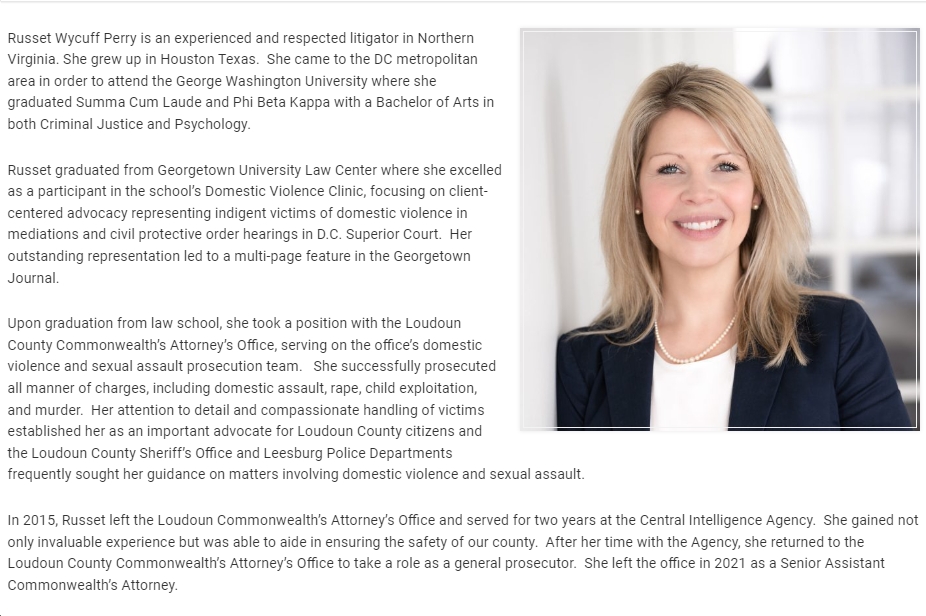