House Republicans Want Study on Virginia Establishing Its Own Currency

Bryan Scrafford - February 5, 2013
0
In the latest attempt to push right-wing legislation through the General Assembly, the House of Delegates passed a bill this morning that would establish a panel to research the possibility of Virginia creating its own currency. The bill, which basically passed along party lines, authorizes almost $18,000 to be spent on establishing a 10 person panel that would "study the feasibility of a metallic-based monetary unit."

In other words, it would require the state to spend financial resources on studying whether or not we want to return to the gold standard. On top of that, it would require state employees to spend countless hours on the project -- time that staff members simply don't have due to all the cuts Republicans have made to the public workforce.

Since the ultimate goal of the measure is something that's only supported by the extreme right flank of the GOP, it shouldn't be too surprising that the measure was sponsored by Bob Marshall -- a delegate from Prince William County who has earned the reputation of being extremely conservative and more than a little odd. Marshall has tried to pass similar legislation since 2008 and has tried to use it as a way to discuss his opposition to the Federal Reserve and the policies it promoted during the economic recovery process.

While many of his fellow Republicans might have joined in his opposition to a large centralized governmental agency like the Federal Reserve, he had a difficult time getting any support for the measure before this year. Governor Bob McDonnell, for instance, has publicly said that he doesn't think Virginia should print its own money. And the idea was once considered such an absurdity that a lobbyist handed out fake coins at a dinner in February of 2011 for the Virginia Capitol Correspondents Association that read "In Bob We Trust."

The measure will probably have a hard time surviving both the Senate and McDonnell's veto pen, but it does force you to look at how conservative the House Republican caucus has become recently. I mean, the legislation has gone from being considered an absurdity being promoted by a lone ultra-conservative member to making it's way through the House.

I Cannot Remain on Sidelines Anymore

Bryan Scrafford - January 21, 2013
3
I woke up in the wee hours of the morning on Inauguration Day in 2009 and prepared to battle the crowds and bitterly cold weather as I made my down to the US Capitol for the ceremony.  I didn't care that it was still dark out when I started out the door or that I could barely feel my toes because I was so excited about all that Barack Obama represented.

At the time, I was the head of Virginia's chapter of Working Families Win (a project sponsored by Americans for Democratic Action) and I had put in countless hours working to support Obama and other progressive candidates/issues. So needless to say, I felt as though at least a small part (and I stress small) of the day was a celebration of all the work I had done.

Over the next few years, I would continue working hard for progressive causes. I got to know a lot of activists throughout the Commonwealth of Virginia, for instance, when I traveled the state working for WFW and later being the New Media Director for a candidate running for statewide office. I also had the honor of briefly serving as Communications Director for the Fairfax County Young Democrats and Vice-Chair of the Springfield District Democratic Committee before I moved up to Rochester, NY to become the lead organizer for a non-profit voter education group up there.

The entire experience was very rewarding, but I eventually became less and less involved in politics when I moved back to the DC area. As many of you know, for instance, even my blogging has changed its focus as I've been writing about baseball and hockey over at Grandstand Perspective (and before that Ballpark Banter). I've never stopped caring about progressive causes and tried to stay in touch with friends from my political days; it's simply that my focus had changed.

With that being said, the last few weeks have made it clear that there's still a lot of work to do. Despite Democrats winning the White House and gaining seats in both the House and Senate, for example, the Republicans have still threatened any sort of progress on crucial economic and social issues. When you combine that with the important elections that we have right here in Virginia, you cannot deny the importance of what happens over the next year.

So as we're celebrating the honor of Martin Luther King Day and Obama's second inauguration today, I have decided to re-invigorate my political activism. While my current job outside of politics means I won't be spending 24/7 working towards change like I was four years ago, I simply cannot remain on the sidelines anymore.

It's in that spirit that I will be out knocking on doors and making phone calls for the various candidates here in Virginia as well as actively commenting here and across the political blogsphere (especially at my new political blog).  I look forward to adding what I can to the discussion and hearing what everyone has to say in response.

Education Bryan Scrafford - January 3, 2012
5
This is cross-posted on Rustic Observer

As Virginia is preparing for budget battles at both the state and local levels, one of the big issues that will be discussed is teacher salaries. That's because for localities like Fairfax County, there have been pay freezes in effect for the last several years (though they did get a one percent cost-of-living increase last year). Most of the teachers I know could definitely use a little more money, but haven't complained too much about the pay freeze because they're simply thankful to have a job in this economy. Plus, nobody goes into teaching to get wealthy.

With that being said, Northern Virginia is a very expensive place to live. It therefore shouldn't be too surprising that a recent survey by the Fairfax County Federation of Teachers found that salary impacts job satisfaction for many local teachers.


Seventy-six percent of teachers said they agreed "very much" or "somewhat" that "teacher satisfaction is primarily dependent on salary" in a survey conducted by the Fairfax County Federation of Teachers, one of two district teachers' unions.

That was significantly different from teachers' responses to a similar survey last year, when nearly 70 percent said the relationship between happiness and pay was "weak" despite a two-year freeze on raises and cost-of-living adjustments.

Considering the results of this survey, teachers will probably be pleased to hear that a lot of school board members have made teacher pay a big issue and Superintendent Jack Dale is expected to request a pay increase in his 2013 budget proposal. They shouldn't get too excited, however, because I still expect a pay increase could face a lot of opposition.

Dave Mills: We’ve suspected for awhile that it wasn’t “Bob for Jobs” but it...

This is cross-posted on Left of the Hill

With Rick Perry launching his campaign for president, Bob McDonnell has now moved in to fill his position as Chair of the Republican Governors Association. The RGA chairmanship will give him opportunities to travel across the country and meet with a lot of big wigs in the GOP. It also means he can travel to some of the early primary states like New Hampshire. Despite promising Virginia voters during the 2009 campaign that he was "absolutely planning to serve four years," it appears as though McDonnell is willing to use his new high profile position to help him gain the stature needed to abandon Virginians for a more powerful position -- the VP slot on the Republican ticket.

After McDonnell quit his job as Attorney General in order to run for governor, Virginians should take notice when he's now actively campaigning for the VP nomination. He's already quit on Virginia once when he saw an opportunity to move up politically, so it wouldn't be something new if he did it again. It appears as though he doesn't even feel the need to hide the fact that he's going back on campaign promises because he told Politico in an interview that's received a lot of attention that he's "very interested" in the VP slot.

more below "the fold"

National Politics Bryan Scrafford - November 30, 2010
3
As we are rapidly approaching the deadline for Congressional action on extending unemployment benefits to those who have lost their jobs, it appears as though Virginia's senators don't understand that action is urgently needed to help those who are just barely hanging on. In a letter to Majority Leader Harry Reid and Chairman Max Baucus, almost 30 members of the US Senate called for "a long-term renewal of the Emergency Unemployment Compensation." Completely absent from that letter was the signatures of either Jim Webb or Mark Warner.

more below the fold

Jeff Barnett Introduces Himself By Asking For Money 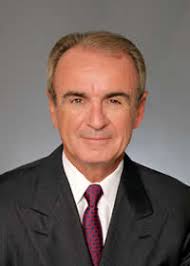 Like many people who are involved in the political process, I get tons of emails everyday and many of them are simply emails sent out to their lists either asking for money or some sort of other action. A candidate  that has a good communications team in place will send out emails every now and then that simply provide updates on the campaign. Some campaigns even try to use their lists to send out information to their supporters before it makes the info available to the general public (a prime example of this is how the Obama campaign had people sign up to receive a text message announcing who his VP pick would be prior to it being announced). Although the finance shop in some campaigns would like the list to be utilized almost like an ATM and constantly send out requests for donations, I strongly believe that in the early stages of a campaign the list can be more valuable in getting information out about a candidate and including bits and pieces about how people can also get more information.

It appears as though someone on Jeff Barnett's campaign didn't think of this concept as he sent out an email with the subject line "Please allow me to introduce myself." When I saw this, I was expecting a good email that included some of his positions on the key issues facing the 10th and perhaps some information about his own background. Now he did point out that he was a 26 year veteran and that he'd lived in Northern Virginia with his wife for a number of years, but what struck me as odd was that while he didn't lay out how his background qualified him to work on these topics while trying "to introduce" himself, he did manage to ask for money three times. That's not sticking with the spirit of trying to use an email list to truly interact with grassroots supporters.