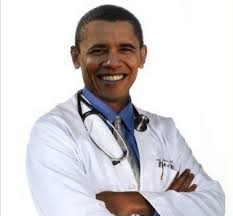 Sen. Bob Corker (R-Tenn.) recently told a group of high-dollar GOP donors that Senate Republicans would not move to fully repeal President Obama's health care law next year, according to multiple sources who attended the event.

The junior senator from Tennessee told the gathering of donors not to worry about the incoming class of "crazier Republicans" because the majority of Senate Republicans, especially minority leader Sen. Mitch McConnell (R-Ky.), had no intention of repealing the president's health care bill.  They instead planned to fix only the "bad parts" of the law, Corker reportedly told the group.  Several attendees, including a very senior Republican official, appeared visibly shocked by Corker's comments.

I particularly love the line from Corker about "crazier Republicans." Can you be any more "off message" than this? Ha.

Virginia Politics lowkell - October 20, 2010 4
Thanks to Tom Whipple for the Wednesday "Clips."

UPDATE: And speaking of someone Republicans have libeled and slandered! 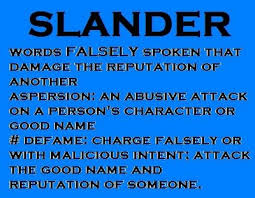 The reaction - or lack thereof - of Virginia Republican bloggers to the racist emails pouring out of the Virginia Beach Republican Committee has been highly revealing.  In short, it's been a combination of silence, misdirection/red herrings, and attacks on the messenger that border on libel/slander/defamation. Let's take these in order.

1. First off, Republican bloggers have been silent. The question, as NLS correctly asks, is why?  Is it because, as NLS wonders, they are "completely out of the loop and really shocked when this stuff surfaces?" Or, do they know deep down that their party is filled with racism, and simply don't know how to respond when it comes out into the light of day? Or maybe when they don't get clear direction from above? It's pathetic, but it's also highly revealing.

2. Second, we have misdirection, mostly about the "backstory" of how the emails came to be forwarded around, and also how they ended up on a Democratic blog (this one). I can answer that latter question, although I'm not going to reveal my source(s) for reasons that should be obvious to any journalist, blogger, etc. On Monday afternoon, I was going about my business when I received (at 2:38 pm) a forwarded email with the racist "joke" by (now ex-) Virginia Beach Republican Party chair David Bartholomew. I was disgusted, so I posted it (at 2:54 pm, a whole 16 minutes after receiving the email). I also posted a screen shot of the email, which clearly shows that it had been forwarded from Mr. Bartholomew on March 15, 2010. Why I only received the email on October 18, 2010, I have no idea. If anyone would like to look into this and let us all know, that would be great. Personally, I'd be curious.

As for the second email, I received that one yesterday (at 1:25 pm) and was even more horrified, as the racism was far worse (in my opinion) than in the first email. I posted that email as well (at 2:17 pm, a whopping 52 minutes after receiving it), along with a link to the far-right-wing website that posted the video and a screen shot of Scott Rigell's website showing that the forwarder of the email was listed as one of his endorsers.  That email originally was forwarded by former VB Republican Committee chair Karen Beauchamp on July 31, 2010. Again, if anyone wants to look into the status of Ms. Beauchamp's email between July 31, 2010 and October 19, 2010, that would be great; I'd be curious to know what they find out! In the meantime, I find it fascinating that Republican bloggers are more interested in the "backstory" - if there is one - than the FRONT story - the blatant racism exhibited by leading members of their party.

3. Finally, we get into libel/slander/defamation territory, specifically over at Republican blog Bearing Drift. There, extreme right wingnut Brian Schoeneman strongly implies that yours truly "sat on these emails for months or he is willingly serving as a patsy for someone trying to launch an October surprise on Scott Rigell." Shoeneman proceeds to claim that "Lowell doesn't care about stamping out racism, or calling out those who engage in it," and also that "Lowell basically condoned the racism - it wasn't important enough to him to out these people until it became politically helpful for his chosen candidate in VA-2."  Fellow right-wingnut blogger J.R. Hoeft then weighs in with his own deep thoughts, asking, "If recent emails by members of the Republican Party of Virginia Beach are truly so offensive, then why has Lowell chosen to release them in parts and only in October?"

Again, note the implication by these Republican bloggers - I supposedly had these emails for months and waited until the last moment to help Glenn Nye, who everyone reading Blue Virginia knows is just my favorite Democrat ever!!!  Yeah, that latter part is laughable in and of itself, given how much I've ripped into Nye and how much I can't stand the guy (he's practically a Republican in his voting record). But as for the first part, accusing me of fundamental dishonesty and sliminess - the type that Republican bloggers so often engage in - that's 100%, absolutely false, and I'd be happy to swear that in court. I'd also be happy, if libel and slander law would allow, to take Messieurs Shoeneman and Hoeft to court on this one. They are so wrong, it's beyond belief, and they shouldn't be allowed to get away with this crap. The only problem is, in the United States under the 1st Amendment, they have the right to say just about anything they want, and I'm not sure I could win that case. Still, it's extremely tempting and I will be looking into it today...

Just got done watching Rep. Tom Perriello debate Robert Hurt on WCAV CBS 19 Charlottesville.  Now that was a thing of beauty. I'm hoping there will be video shortly. For now, here are some tweets (including my own) from the butt-kicking Tom just delivered. Enjoy!

@NotAndySere: Do candidates have notes for debate? @RobertHurt keeps looking down like he's reading

@NotAndySere: @RobertHurt seems like a total flip flopper. @TomPerriello is at least consistent and on message.

@NotAndySere: @RobertHurt stuttering his way through a list of pre-selected businesses

Another day brings yet another one of Scott Rigell's top endorsers - this time, former (2001) Virginia Beach Republican Committee chair, Karen Beauchamp - caught sending a racist email, this time with hate video to boot. Warning: the content in the video is some of the most vile, offensive language I've listened to in a really long time, it's very difficult to even sit through it. Ugh. Anyway, to say that racism is not a wide-spread problem among Virginia Beach Republicans is clearly untrue.

Yesterday, Scott Rigell did the right thing and denounced (now former) Virginia Beach Republican Committee chair David Bartholomew. Today, it looks like Rigell needs to denounce yet another VBRC chair, also a top endorser of his campaign.  Right now, Rigell's got her name prominently displayed on his website (see image after the "fold"). After you watch the video or read the quotes from the video, I think you'll all agree that needs to change immediately.

In her email, Ms. Beauchamp enthusiastically references a video, by this guy, which is both too repulsive to watch, and apparently too repulsive for YouTube to allow on their site. If you really want to see it, it's available at the "Conservative Sportsmen" site. If you can't stomach watching it, which I wouldn't blame you if you didn't, I'll include a selection of a few of the most offensive quotes from the video after the "fold." Blech.

UPDATE: Scott Rigell's campaign has condemned this email as well. Good for him. Ms. Beauchamp's name also appears to have been removed from Rigell's list of endorsers.

Let me be clear, racism has no place in our society and runs completely counter to Scott Rigell's values. The Rigell campaign does not condone this type of behavior from anyone associated with our campaign. It should be noted that Karen Beauchamp is not in a position of leadership or an advisor to the Rigell campaign, and she has not been in a position of leadership within the Republican Party for close to 10 years.

This interview with former Virginia Delegate Dick Black (R-Loudoun), now running for State Senate, is truly shocking, even by this crazy election season's standards. Perhaps we shouldn't be shocked, though, given Black's history and also given the name of the group conducting Black's interview - "Americans for Truth About Homosexuality" ("dedicated to exposing the homosexual activist agenda"). Can we say "obsessed?" Can someone call the men in the white coats, stat?

Anyway, listen to the interview yourself and see what you think. Highlights include Dick Black (yes, that's really his name) riffing on the supposed evils of gays in the military - increased HIV and AIDS, ogling and fondling in the showers and the foxholes, and worse! Listen to this, starting at minute 21:00.

I recall one particularly terrible situation, where, this was in basic training, there was a young fellow who went to the showers at night, and there were two homosexuals lurking -- they were also basic trainees - and they strangled him with a towel and forced him to submit to, you know, things that we won't talk about on the air. But it was extremely brutal, it was extremely humiliating, and they taunted him when they were finished. And at the time of the court martial of these guys, the victim was in psychiatric confinement at a hospital. Now, this is what we're asking the mothers and fathers of America to send their children into, is that sort of environment, where sexual bullies will prey on the smallest and least assertive soldiers.

So, there you have it. Let gays serve openly in the military, and before we know it, predatory homosexuals will be lurking everywhere, ready to commit their dastardly deeds!

Virginia Politics lowkell - October 19, 2010 1
Thanks to Tom Whipple for the Tuesday "Clips."

Keith Fimian Promises NOT to Help the Economy!

Wow, this is really bad, even by Amanda Chase's "standards" https://bluevirginia.us/2020/08/video-va-gop-2021-gubernatorial-candidate-amanda-chase-to-set-up-1-800-number-to-report-public-colleges-for-indoctrinating-our-kids-social-engineering-bullcrap#comment-5025079641

Cuccinelli Cool with Kids in Cages, but Messed-Up Birthday Popcorn Delivery? That Rates an “Ouch!” From “The Cooch” https://bluevirginia.us/2020/08/cuccinelli-cool-with-kids-in-cages-but-messed-up-birthday-popcorn-delivery-that-rates-an-ouch-from-the-cooch via @bluevirginia