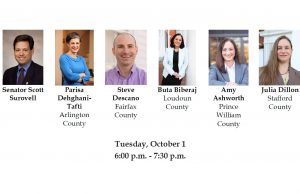 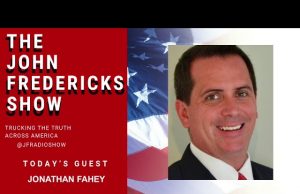 lowkell - June 24, 2019
0
See below for video and photos from this weekend's "Women for Buta" event, in support of Buta Biberaj for Loudoun County Commonwealth's Attorney. I...

Arlington County: Home of the Only Juvenile in the Country Sentenced...

Cindy - April 26, 2019
0
by Cindy There is only one single reported instance in the entire country of a juvenile sentenced to life without parole for a case not...

Cindy - January 27, 2019
0
Tell me a little about your background. I am a longtime Arlington resident.  I’m married with two kids who attend public school in Arlington.  When...

Legislating is Harder Than It Looks!

Cindy - January 10, 2018
1
I have to say, this year of local political activism has been quite humbling. Humbling to know that I should’ve been paying attention to...

This is simply astounding. I'll let Jim Webb explain, as I'm just about speechless at how crazy this is.

Senator Jim Webb issued the following statement today after Senate Republicans blocked passage of legislation to establish a bipartisan National Criminal Justice Commission. Over the last three years, Senator Webb's legislation has won support from more than 100 organizations, including the National Sheriffs' Association, the International Association of Chiefs of Police, the U.S. Conference of Mayors, the Fraternal Order of Police, the Sentencing Project, the NAACP, the ACLU and Prison Fellowship.

"Today Senate Republicans blocked an important opportunity to make our criminal justice system more fair and effective. Their inflammatory arguments defy reasonable explanation and were contradicted by the plain language of our legislation. To suggest, for example, that the non-binding recommendations of a bipartisan commission threaten the Constitution is absurd.

"But we have been here before: In 2007, our soldiers and Marines were being deployed again and again, resulting in rising mental health problems and falling retention rates. On two occasions, I offered legislation requiring active-duty troops to have equal time at home as on deployment. On both occasions, Republican Senators blocked this sensible, time-honored policy. We did not back down. We kept fighting and we changed the debate. Today proper dwell-time rotations are a top priority at the highest levels of the Defense Department.

"Likewise, over the last five years we have put the issue of criminal justice reform on the national agenda and changed the tone of the debate. When I first raised the issue in 2006, it was believed to be political suicide. But after years of building the case for reform, we have earned the trust and support of advocates across the philosophical and political spectrum. We will not back down. We will keep fighting for a comprehensive review of the justice system, with the help of the thousands of sheriffs, police, mayors and justice advocates who have joined us in pressing for reform."

Thank you, Jim Webb, please keep on fighting. As for the Republicans who filibustered this? Let's just say, this is a family-friendly blog and leave it at that. More on the "flip."

If enacted, H.R. 5143 will create a bipartisan, blue-ribbon commission to conduct a top-to-bottom review of the entire criminal justice system and offer concrete recommendations for reform within 18 months. The bill was introduced in the House on April 27 by U.S. Reps Bill Delahunt (D-Mass.), Darrel Issa (R-Calif.), Marcia Fudge (D-Ohio), Tom Rooney (R-Fla.), and Robert C. "Bobby" Scott (D-Va.), Chairman of the House Judiciary Subcommittee on Crime, Terrorism and Homeland Security.

Clearly, i's time we reform the criminal "justice" system in America. This is a start, albeit a small one, in the U.S. House of Representatives.  Good work by Jim Webb in getting it this far.

UPDATE: Video of Webb speaking about this is after the "flip."