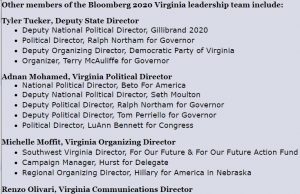 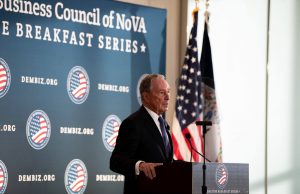 Some Pros and Cons of a Michael Bloomberg Candidacy for President...

lowkell - November 24, 2019
6
Now that the 2019 Virginia elections are over, it's time to start focusing in on 2020, including the Democratic race for the presidential nomination... 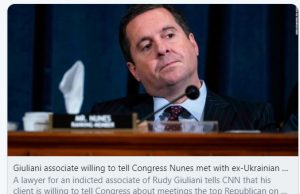 lowkell - March 8, 2016
0
by Lowell Here are a few national and Virginia news headlines, political and otherwise, for Tuesday, March 8. Michael Bloomberg: The Risk I Will Not Take...

Andy Schmookler - March 7, 2016
3
UPDATE 5:42 pm by Lowell: Looks like Andy was right! :) We have heard about Michael Bloomberg’s possible run for the presidency this year on...

A Rare Act of Political Courage

Yes, this is a tough time to read the news.  From the Republicans' economic terrorism to the bloodbath in Oslo, it's pretty grim out there.  You just want to throw away your papers and smartphones and iPads and go for a walk in the park - except that then you might melt, since decades of inaction and denial on climate change have now produced Warmaggedon.

But don't give up hope.  We - and the media especially - tend to focus on the bad news, but there's always progress being made too.  Like, amidst the vast flock of politicians abandoning all principle and reason to kiss up to Big Oil and Big Coal and Big Kochs, the one the other day who said "Enough!"

That would be New York Mayor Michael Bloomberg, who pledged $50 million of his own smackers to the Sierra Club campaign to stop coal-fired power plants.  We're talking real money here - as he put it in a tweet, "Bloomberg is all in."

Are you as tired of the ridiculous "clean coal" oxymoronic propaganda masquerading as advertising on the corporate media as I am? Well, evidently, so is Michael Bloomberg, mayor of New York City. Bloomberg is donating $50 million to the Sierra Club to further their campaign to eliminate coal-fired power plants as quickly as is feasible.

The Sierra Club's "Beyond Coal" campaign, which has helped block the construction of more than 100 proposed coal-fired plants will greatly benefit from the donation. Michael Brune, executive director of the Sierra Club, said the money will allow them "to identify the oldest, dirtiest coal-fired power plants, retire them and replace them with clean energy." One of those plants is the GenOn plant in Alexandria.

Bloomberg's gift will permit the Sierra Club to expand its "Beyond Coal" staff from about 100 people to nearly 200 full-time employees, who will be working in 46 states. Many of the new staff will engage in grass-roots organizing, while some will work on lawsuits or social networking.

I don't know about you, but I want to give a big "thank you" to Michael Bloomberg for being one of the rich guys who uses his money for the right reasons. Folks living in northern Virginia just might see billboards in the Metro system with pictures of young children and describing them as "filters" for coal plant pollution. Perhaps that will get the attention of people lulled into believing that coal is somehow "clean."

The Anti-Defamation League (ironically named in this case) needs to watch Mayor Bloomberg's superb speech on religious tolerance and freedom, retract its "truly shocking" statement, and stop betraying its own founding principles. Newt Gingrich needs to watch this (not that he will) and reconsider his extreme, anti-Muslim bigotry.  Sarah Palin needs to watch this and "refudiate" her previous remarks on the subject. Virginia Beach Councilman Bill DeSteph needs to watch this and stop spreading his hateful falsehoods, let alone claiming that he speaks for all Virginians (which he most certainly does not). We all need to watch this, pondering what it means to be an American, what the 1st Amendment to our Constitution stands for, what the evil people who attacked us on 9/11/01 were trying to take away from us, and how we should never let a few misguided fanatics win even the smallest victory.

Thank you to Mayor Bloomberg - and the great, free, city of New York - for understanding the true nature of who we are and what Al Qaeda attacked on September 11, and for fighting to ensure that in this case, at least, the terrorists will not win.