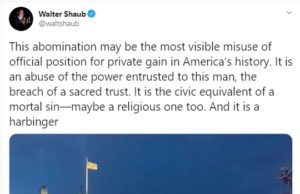 lowkell - August 28, 2020 0
by Lowell Here are a few national and Virginia news headlines, political and otherwise, for Friday, August 28. A second Trump term would mean severe... 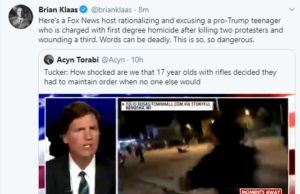 Virginia Democrats Call Out Trump’s Broken Promises That Have Left the...

Blue Virginia - August 25, 2020 0
From the Democratic Party of Virginia: Virginia Democrats call out Trump’s broken promises that have left the economy in crisis ahead of day two of... 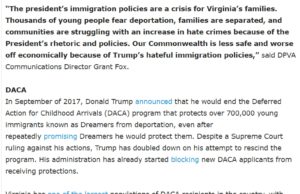 Sunday afternoon is a test of loyalty. The Tea Party Patriots are hosting an event for incoming Congressional freshman. So is the GOP. The Tea Party has thrown down the gauntlet. Rachel Horn says she expects 40 new members who owe their seats to the Tea Party to attend.

Rachel Horn of the Tea Party Patriots says that if GOP freshmen members attend the RNC event over theirs, it will be "an early signal of how they're going to be once they get into office." - Fox News

Family Research Council: “Don’t give money to the RNC”

Another great line from Perkins: "Look, if you can't run a party you certainly can't run a country."