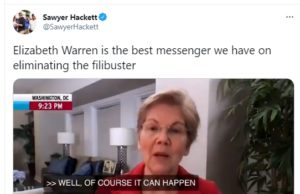 lowkell - March 2, 2021 0
by Lowell Here are a few national and Virginia news headlines, political and otherwise, for Tuesday, March 2. Elizabeth Warren is the best messenger we have... 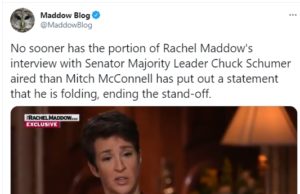 lowkell - January 26, 2021 0
by Lowell Here are a few national and Virginia news headlines, political and otherwise, for Tuesday, January 26. No sooner has the portion of Rachel Maddow's...

Andy Schmookler - November 18, 2016 9
A lot of fuzzy-headed confusion, and unwarranted panic, seem to be swirling around the question of how the Democrats should deal -- or refuse...

The GOP and the Constitution: The Grotesque Mismatch Between Walk and...

Andy Schmookler - April 29, 2016 1
This piece is appearing in newspapers in my conservative congressional District (VA-06). Which party do you think of when you hear the phrase, “defender of... 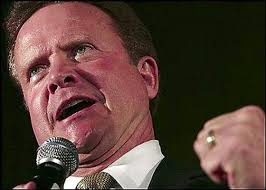 C'mon, Senator Webb, tell us how you really feel. :)

Webb spoke briefly about the recently passed health care reform legislation - which engendered much conflict across the aisle - and expressed disappointment in its execution. "In my view, health care legislation is more good than bad, but in some cases, it is a close call," he said. "This is a pretty good example of how not to pass a bill."

Webb said that the problem came from the administration's unwillingness to clearly state to Congress what needed to be included in the bill. In addition to criticizing the Democratic administration's role, he also claimed that in an attempt to use the issue in 2010 and 2012 elections, the Republican members of the government refused to cooperate.

"Quite frankly, it was a nightmare," he said. "It was the worst thing I've ever been involved in terms of politics."

When asked by a student about the concern that Congress is not as close-knit as it used to be, Webb said that this was less of a concern than the abuse of the filibuster.

"We have a very difficult time moving legislation when we have people who want nothing done," he said. "With so many bills waiting to get on the floor, this is the thing that is holding up the U.S. government."

No disagreement here: the process of making the "sausage" of health care reform legislation was ugly, and the filibuster is being abused and overused. On the latter issue, perhaps Jim Webb can take the lead in fixing it, especially since "he views himself as more as a leader than a politician." It seems to me that fixing the filibuster will take a leader like Webb far more than a politician like...well, many others in the U.S. Senate.