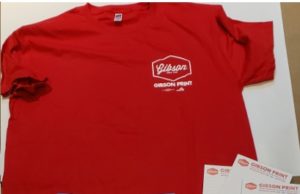 Are You a Virginia Dem/Progressive Candidate Looking for a Union Print... 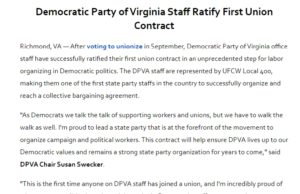 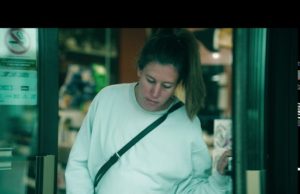 Blue Virginia - September 15, 2020 1
See below for a new TV ad from the United Association of Union Plumbers and Pipefitters (UA) hitting Nick Freitas in VA-07, and specifically focusing... 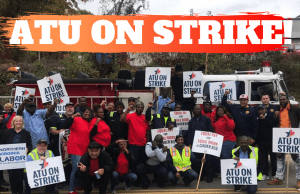 Jonathan Sokolow - November 20, 2019 0
by Jonathan Sokolow On October 24, 120 drivers and garage workers at the Cinder Bed Bus Garage in Lorton, Virginia went out on strike against...

Blue Virginia - September 1, 2018 7
by Del. Paul Krizek, Labor Liaison to the Virginia House Democrats The founding principle of American society, written by Thomas Jefferson in the Declaration of Independence,...

This is Kevin at the annual Mathews Democratic Crab Steam last August, so that's the pounding in the background. He has been pounding the pavement because he wants to represent the interests of blue collar workers in Richmond.

There are not enough people in government who have punched a time clock or carried their lunch in a bag or lived paycheck to paycheck. That's what I want becoming a legislator. I want to represent regular people.

His platform emphasizes Medicaid expansion, education, worker protection, and legislative ethics. He has pledged not to accept the state health coverage provided to Delegates until the Medicaid coverage gap is closed. Educational innovation, technical training opportunities, the cost of higher education, and student loan debt concern him. As a worker's voice in the legislature, he wants to focus on Workman's Compensation and worker misclassification. Saying there is too much "big money" in politics, he is trying to fund his campaign with small donations. In the legislature he would work to limit contributions and gifts to state officials.

At the time we met, Sullivan wanted the opportunity to face Morrissey in a primary. We'll see if that comes to pass.