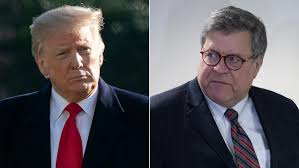 Friday News: “Barr Seems to Be Covering Up Something Bad for...

lowkell - April 5, 2019
3
by Lowell Here are a few national and Virginia news headlines, political and otherwise, for Friday, April 5. Theresa May Asks E.U. for Brexit Extension...

There is a subtle message in the Republican argument over the NLRB case against Boeing: "We want a third world option." It is part of the specious contention that the states were intended to be laboratory experiments. And it has implications for future economic growth in Virginia.

The case is an action initiated by the National Labor Relations Board (NLRB) because Boeing's announcements about the production facilities move to South Carolina evinced retaliation against workers for exercising their bargaining rights. The company could not have made the case easier to pursue. Maybe the board's meager enforcement record during the previous administration emboldened Boeing.

Republicans in the House and Senate have sent letters to President Obama complaining about the enforcement action. 19 Republican Senators (including both South Carolina members and John McCain who should have learned to stay out of SC politics) have complained to the President in a letter with an Orwellian call for a path to the past:

"America will not win the future if Washington penalizes workers in states that have discovered winning economic strategies." (emphasis added)