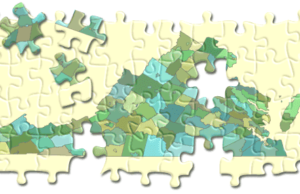 Cindy - November 29, 2020 0
by Cindy Whether you supported the Redistricting Amendment or opposed it, Virginia voters approved it, and now it’s time to form that Commission. Eight lucky...

Elaine in Roanoke - June 13, 2011 0
In typical fashion, the Virginia legislature has once again failed to make a decision, this time on filling vacancies on the state Supreme Court. This latest inability to do the job for which legislators were elected comes on the heels of their refusal to resolve how to redistrict Virginia's congressional districts, a biennial budget "balanced" by borrowing from the future, and a "transportation plan" based upon debt and wishful thinking.

In this latest brouhaha, it seems that the boys and girls on both sides of the aisle in Richmond can agree on two judges to elevate from the Court of Appeals to the state's highest court, but, alas, then they have two more vacancies to fill. Ah, that's the rub. The Democrats in the senate reasonably argue that each party should be able to nominate an equal number of judges. The no-compromise Republicans in the house, however, insist that they should have the right to name three out of four of the new judges.

It's not just the top court and the appeals court that are in limbo because of a legislative failure-to-communicate. The General Assembly also failed to fill 10 other judgeships, six in circuit courts and four in general and juvenile and domestic relations courts. Bob McDonnell can name interim judges until January when the General Assembly reconvenes, but that makes absolutely no sense. The state's courts should not have temporary judges for just a few months, as if they were substitute teachers or fill-in workers. No, what we need is a legislature that can work together, compromise  and put aside rabid partisanship that causes gridlock.

The time has come for a change in the way judges are chosen in Virginia, especially if our representatives can't do the job they were elected to do. One suggestion might be for the Virginia bar to nominate four persons for each judgeship that is open. Then, the legislature would have to select a person from that list. Instead, I am sure when they return in January that job will be given yet again to a small group of people from the house and senate courts of justice committees who will then cut a deal in a back room. After all, that's how the state budget is always determined and the way the impasse over redistricting will ultimately be resolved. That's become the model for democracy, Virginia-style. Harry Byrd would be proud.

Elaine in Roanoke - June 3, 2011 0
Political musical chairs are continuing in southwest Virginia as we gear up for the November elections. Hoping to eliminate the House Democratic leader and also mess with the possibility of his running for statewide office, House Republicans eliminated Ward Armstrong's 10th District seat in their redistricting plan and created a new one to accommodate population growth in Loudoun County. So, Armstrong has officially announced that he will do what many have expected him to do. He's moving to Bassett in the 9th District and will run against Republican incumbent Charles Poindexter.

The majority of the new 9th is made up of residents of Franklin County, where Poindexter once served on the Board of Supervisors. However, the rest of the 9th includes Patrick and Henry counties, which Armstrong once represented and where he already has roots. He and his wife will move to Bassett into a house they already own.

This race is shaping up to be one that may well go down to the wire. No one should underestimate Armstrong or the fact that he is one of the few Virginia politicians with a potent consumer issue. He has been willing to take on American Electric Power, which has sought and gotten four rate hikes in central and southwest Virginia in the past four years, resulting in a 70 percent increase in rates since 2005. Plus, AEP just filed with the SCC for yet another 9.6% rate increase.

I've seen Ward Armstrong in action as a campaigner. He will put in the hard work needed to run in a new district, and he will make good use of the fact that he is familiar to many of the voters there. Poindexter will hardly be a pushover, but the Republicans left Armstrong little choice but to find another way to remain in the General Assembly.

Armstrong made his announcement at the Ferrum Veneer Plant, where he worked during the summers as a high school and college student and where his father was once the plant manager.