Tuesday News: “The Once and Future Notre-Dame de Paris”; “The Bullying...

lowkell - December 9, 2018 1
by Lowell Here are a few national and Virginia news headlines, political and otherwise, for Sunday, December 9. May Sticks With Crucial Vote as Johnson...

Saturday News: “We were a superpower once…now we’re headed the way...

lowkell - June 3, 2017 6
by Lowell Here are a few national and Virginia news headlines, political and otherwise, for Saturday, June 3. Also, check out the discussion last night... 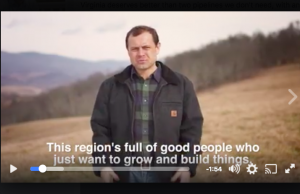 lowkell - June 2, 2017 1
I was thinking about it this morning, and I'm absolutely clear that our planet is our home, and if we destroy that, no other... 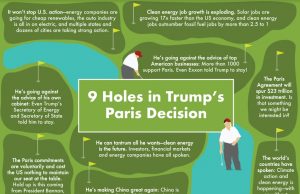 lowkell - April 21, 2017 4
by Lowell Here are a few national and Virginia news headlines, political and otherwise, for Friday, April 21. Deadly Paris shooting could influence voters on...

Virginia, Meet Paris. Things Will Never Be the Same.

ivymain - October 20, 2016 1
by Ivy Main; cross posted from Power for the People VA After Republicans in Virginia’s General Assembly shut down the McAuliffe administration’s work on implementing...

Here's a letter from Virginia Senator Steve Martin. Apparently, those opposed to uranium mining have a "shallow" understanding of the safety issues involved.  I feel much more enlightened now.

Thank you for sharing your concern about paid travel and uranium mining in Virginia. I see these as two different issues, though it may be that the particular company you referenced is funding some travel.

I was not aware of this scheduled trip and was not offered an opportunity to go. But, I will check into it. Any such trips will need to be reported on the individual legislators' statements of economic interest. Such "fact finding trips" sometimes do not accrue to the funder's benefit due to the integrity and exercise of independent judgment by the respective legislators. But, you are right: accepting such travel opportunities does not look good.

As for the issue of uranium mining itself, I have researched it thoroughly and am fully aware of the site design and water flow issues. I am knowledgeable of the precautions that ensure there is no contamination. I understand why the mere thought of radiation risk would raise fear but, that is really born out of a fairly shallow understanding of the issue.

As this issue comes before me, I will be supporting the opportunity for uranium mining in Virginia. It will be done safely and put many people to work in an area that needs the job opportunities.

Again, thank you for sharing your concern. I will check into the travel issue you have raised. Feel free to continue to share your concern on any topic of interest to you, and please do not hesitate to call or write to my office at any time. 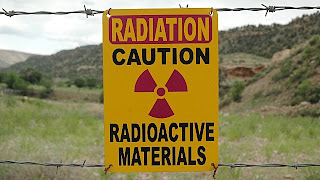