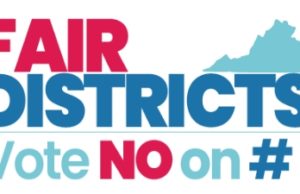 Blue Virginia - October 7, 2020 0
On Monday, the right-wing editor of the Arlington Sun Gazette posted this screed about Amendment 1, which among other things: Falsely claimed that the... 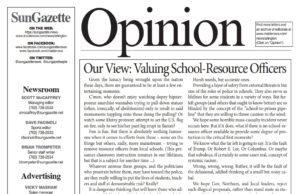 Cindy - August 2, 2020 0
Note: While I would ordinarily exercise good journalistic habits, and include direct links to articles mentioned, in this post I opted not to, for... 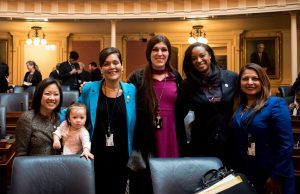 InsideNOVA Editor Says Democratic Women of Color Who Pushed Back on...

lowkell - July 28, 2020 0
So basically, when women of color - in this case, Democratic Delegates Hala Ayala, Elizabeth Guzman and Jennifer Carroll Foy - push back on...

The other day, we laid out in great detail how the Arlington Sun-Gazette, despite its presence in Arlington (which that paper's editor no doubt believes deeply, in his heart of hearts, is "Communist Country") is nothing more than a right-wing, real-estate rag. Remember, this is the paper that believes global warming's "hysteria perpetuated by those, including the media, with agendas to pursue," that mainstream progressives and Democrats are "far left," that the whole "macaca" incident was actually "a little cheap politicking to throw Allen off his game," that homophobia is funny, that George Allen and Bill Bolling were worthy of his endorsement, that we should all leave poor Ken Cuccinelli alone, etc., etc.  And, again, this is a paper whose entire economic model depends, close to 100%, on the patronage and advertising $$$ of the local real estate industry, people like Favola fundraising committee chair John Shooshan.

As is almost always the case, following the money trail usually tells you a great deal about what's motivating a politician. In this case, a lot of us in the mainstream progressive (not in quotes and not "far left," by the way) community have been wondering, why would a global-warming-denying, George Allen/Ken Cuccinelli Republican suddenly leap to Democrat Barbara Favola's defense, not just once but repeatedly, against the evil bloggers and the Jaime Areizaga-Soto campaign? At first glance, it would sure seem odd, but not after you think about who and what is funding both of them -- real estate money, and lots of it (despite the Arlington County Board's longstanding, internal understanding that members will NOT take such contributions, certainly not from interests with business before the Board, because it gives off at least the appearance of impropriety).

At this point, given that the Sun-Gazette is leaping to her defense every 5 minutes - and expending an awful lot of ink and dead trees (yes, they still are clinging desperately to that dying business model) in doing so - I'd love to hear someone ask Favola whether she agrees with the Sun-Gazette in its hatred of Jim Webb, Leslie Byrne, Chap Petersen, progressive activists, environmentalists, the reality of global warming, and probably kids on the Sun-Gazette's front lawn ("get off my lawn!!!").  Or maybe, in the end, this all just comes down to money. Remember, just the other day, Dick Saslaw, another huge fan of the real estate industry, was busy introducing Favola to lobbyists - and, of course, trying to persuade them to give, and give generously, to her campaign - at The Homestead. Can the connections here get any more obvious?

P.S. Thanks to one of my fellow progressives on Blue Virginia for suggesting the title to this diary. It really sums it all up.