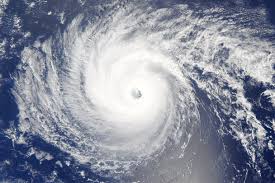 ivymain - September 4, 2020 0
by Ivy Main, cross-posted from Power for the People VA The National Oceanic and Atmospheric Administration says this year’s hurricane season could set a record for the...

lowkell - August 26, 2019 5
by Lowell Here are a few national and Virginia news headlines, political and otherwise, for Monday, August 26. Trump’s Contradictions Dominate and Disrupt Another G-7 ...

As Storm Season Begins, Many of Florida’s Seniors are at Risk

Blue Virginia - July 28, 2019 0
SPONSORED CONTENT Following Hurricane Irma, 12 residents of The Rehabilitation Center of Hollywood Hills died. When their power went out, so did their air conditioning,...

lowkell - October 22, 2017 4
by Lowell Here are a few national and Virginia news headlines, political and otherwise, for Sunday, October 22. Spain calls on Catalans to respect its...

Since I never waste an opportunity to exploit a tragedy, I thought I'd point to this tweet from the Center for American Progress' Michael Linden in the wake of yesterday's earthquake:

US Geological Survey's budget was cut by some $20 million this year. #justsaying

"[P]ointing out that they cut funding on this stuff doesn't constitute 'politicizing' any ongoing natural disasters," writes Matt Yglesias, "Astute readers will note, however, that the meaning of across the board spending cuts is that you're cutting spending on all programs."

"Across the board" spending cuts sound equitable, hence are more politically palatable. But as Matt points out, that means cutting funding for feeding hungry children, taking care of sick people, and fighting forest fires - things that cutting might get you voted out of office. Any politician who'd rather cut funding for earthquake monitoring and feeding hungry children than raise taxes on the wealthy should have to explain that choice to voters.