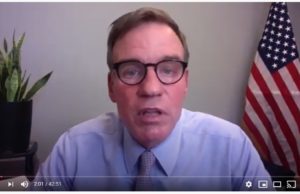 lowkell - July 13, 2019 0
by Lowell Here are a few national and Virginia news headlines, political and otherwise, for Saturday, July 13. Trump's clash with U.K. ambassador highlights a... “Why is a sitting State Senator in Virginia carrying while presenting...

Dave Marsden Is Quickly Becoming One of My Favorite Virginia State...

lowkell - December 10, 2017 2
Between putting out actual facts about I-66 (as opposed to hysteria and misinformation, which we've seen a lot of recently) and the following list...

lowkell - January 16, 2017 1
I was in Richmond today and had a chance to attend the 2017 Virginia Vigil & Advocacy Day protest against gun violence, and FOR...

lowkell - June 14, 2016 2
Check out the video of this morning's protest at NRA headquarters in Fairfax to protest gun violence, attended by 200+ people. The first speaker...

lowkell - February 21, 2016 3
There are a lot of bad actors involved in Virginia politics, but fortunately there are also a few great ones. One of those is...

Virginia Tech Mom Lori Haas: “We are not going away”

This is the last in my series of videos on the Coalition to Stop Gun Violence event Wednesday night. Lori Haas, who speaks in this video, got involved in the gun issue after her daughter, Emily, was wounded in the Virginia Tech shootings. As Haas describes in this video, she received a phone call on April 16, 2007, that no parent ever wants to get, as she heard her daughter tell her, "mommy, I've been shot." Fortunately, Emily Haas survived -- as her mother says, she was "very lucky that morning," as 11 students and a professor in that classroom were murdered. Absolutely horrible.