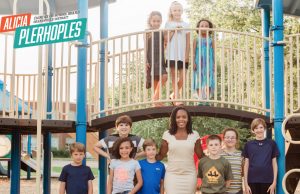 A Siegel - December 2, 2018 2
The powers to be for Fairfax County's Dranesville District were out in force today to speak with a united voice to endorse Alicia Plerhoples... 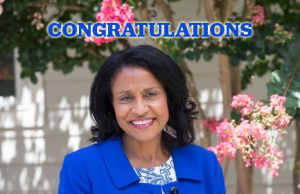 We Don’t Ride the Blue Wave, We Build it Ourselves: How...

Kenny Boddye - August 30, 2017 5
Normally, I'd do a full write-up on everything I've seen and heard on the ground regarding a race. I'd break down all of the...

Kenny Boddye - August 28, 2017 1
Tomorrow, Fairfax County voters get to participate in a special election which the GOP cost them $250,000. The allegedly fiscally responsible party had the...

A certain mendacity in politics is not unheard of, but a new way to prevaricate without overtly lying seems to be showing up in the financial reports of some candidates for, of all things, Fairfax County School Board. We are all familiar with the way fund raising goes into high gear toward the end of a reporting period, when candidates plead for cash "to show the opponent we are serious," and then by publishing how much money they have raised. Journalists frequently gauge a candidate's viability, even predicting winners and losers, based on their fund-raising prowess.

Virginia's campaign finance law places no limit on the amount of political contributions, but requires "transparency" in reporting donations, so that the voting public knows who (or what) is funding a candidate, the theory being that if you know who is paying, then you can figure out to whom the candidate will be beholden. Candidates are required to report not only cash donations but the value of so-called "in kind" donations, which can cover any goods or services given to candidates to help in their campaigns. Here is where savvy politicians have figured out a way to game the system. How? By inflating the value of in-kind donations, and even by claiming phantom invoices for services, like that of campaign treasurer, which are in fact voluntary and unpaid.  These bogus big figures then puff up the "total cash raised," making the candidate look far more impressive than he or she may be in reality.