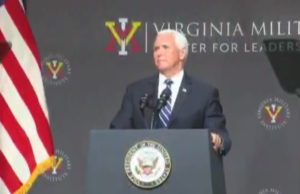 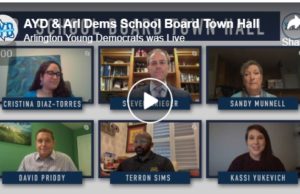 lowkell - April 28, 2020 0
See below for the just-concluded debate, run by the Arlington Young Democrats and Arlington County Democratic Committee (great job by the moderator and also... 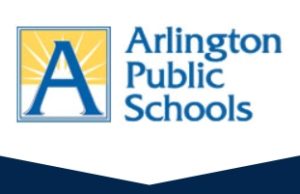 Who Are the Arlington County School Board Democratic Candidates? With Voting...

lowkell - April 26, 2020 5
Right now, there are several elections going on in Arlington County, and it can get a bit confusing. On the County Board, there are... 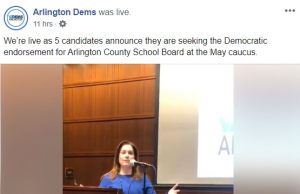 lowkell - January 9, 2020 0
There's a ton going on at the state level in Virginia, but meanwhile, politics of course goes on at the local level as well....

Do Arlington Board Candidates Only Like Smart Growth in Theory?

Every Democratic candidate running for Arlington County Board claims to support smart growth. But when smart growth runs up against single-family homeowners' interests, are they willing to make tough choices? At a recent forum, statements from most candidates weren't promising.

The board has an open seat since Barbara Favola was elected to the state senate in November. Arlington Democrats will select a party nominee (who's almost certain to then win the official special election) at 2 caucuses on Thursday, January 19th and Saturday, January 21.

Wednesday night, the Arlington County Democratic Committee hosted a forum with the candidates. The forum spotlighted the paradoxical views of Arlington Democratic voters: They want candidates to express concern about things like smart growth, affordable housing, and transportation, but may be reluctant to support the density increases, transit projects or higher taxes to pay for affordable housing programs that may actually deliver it.

lowkell - December 12, 2011 4
Arlington is gearing up for a special election to replace Senator-elect Barbara Favola on the County Board, with the caucus dates now set for 2/2 and 2/4 (at the NRECA Building and Kenmore Middle School, respectively), and with numerous candidates announcing at this past Wednesday's ACDC meeting (see videos of their speeches here). I recently sent out questionnaires to all the announced Democratic candidates, with a deadline of this morning. The first interview, with Elmer Lowe, is available here. The second interview, with Melissa Bondi, is available here. The rest will follow shortly. Thanks to Mr. Lowe, Ms. Bondi, and Mr. Sims for returning their Blue Virginia surveys (on time is an added bonus!), and to the other candidates in advance for their responses as well.

1. Why are you running for Arlington County Board and what makes you the most qualified candidate at this time?
I am running for a seat on the Arlington County Board because I want to serve our county in a greater capacity, and I feel that my public and private sector experience will allow me to make an immediate and positive impact.  I will bring a unique perspective in several respects.

I am a West Point graduate with a Bachelors degree in systems engineering. I currently work for a private sector research company leading a team in developing an analytical database for the Department of Defense. As an Arlington home owner and taxpayer, I understand the challenges many of us face in making that mortgage payment each month. As past Chair of the Arlington Fiscal Affairs Advisory Committee, I learned that as well managed as our county government is, there are ways we can make more effective use of our tax dollars.

Arlington County Board Race Kicks Off with Early Endorsement

With Senator-elect Barbara Favola set to head to Richmond, the Democratic primary race in the special election to fill her Arlington County Board seat is quickly heating up. Already announced:

Among those rumored to be considering a run:

So far, the biggest news in the campaign has been Rep. Jim Moran (D-8th) already endorsing Sims. To state the obvious, Jim Moran has been working his tail off for Northern Virginia since before your humble blogger was born and he does not need my or anyone else's permission to endorse whomever he pleases. But in conversations with Arlington progressive activists, I'm hearing less enthusiasm for this endorsement than I am questions about why Rep. Moran would not only take sides in a local Democratic primary, but do so even before the full field comes into focus.