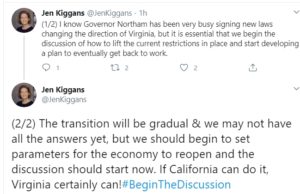 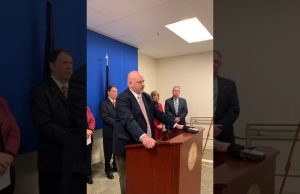 lowkell - February 12, 2020 7
The contrast between the following statement - by Gov. Ralph Northam, celebrating "historic progress towards a stronger, fairer, and more inclusive Virginia" in the... 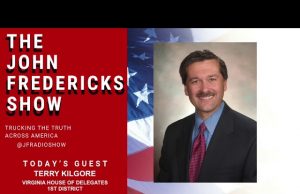 Audio: With 56 Days to Go Until They Lose Their Majority,...

lowkell - September 10, 2019 3
With just 56 days to go until Virginia legislative elections - for every seat in the House of Delegates (currently 51-49 Republican) and State...

lowkell - June 1, 2019 0
Everything about the following audio clips epitomizes the slimy, corrupt "Virginia Way," and the incestuous little world in Richmond - (e.g., at the corporate-funded...

lowkell - March 8, 2018 0
Some (mostly) light-hearted fun in the Virginia House of Delegates today, as the GOP's annual "Sensitivity Caucus" awards and the Democrats' first-annual "Coffee" (named...

lowkell - February 16, 2018 3
Anyone with half a brain - or a heart that isn't made of ice - knows that Virginia should have expanded Medicaid years ago....

Video: Va. Del. Kilgore Asks, “How many people do you know...

lowkell - February 7, 2018 3
This is funny in a dumbass, pathetic sorta way. Note that a vote for this bill ("Regional Greenhouse Gas Initiative ; prohibition on participation by...

Virginia Environmental Groups, Others Start to Comment on the $a$law/Wagner/Kilgore Give-Dominion-Everything-It-Wants...

lowkell - January 22, 2018 2
It's taken a few days to analyze HB1558, the  so-called “bipartisan” bill (translation: Dominion wrote it, with support from their bought-and-paid-for lackeys like Dick Saslaw,... 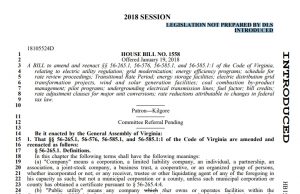 Poll: If the Department of Legislative Services Didn’t Write the Dominion...

A week ago this morning I visited with a film crew from South Korea working just outside of Jonesville, Virginia. No, they weren't casting a movie. They were filming a video appeal to Samsung's worldwide employees for contributions to help Americans without access to health care. Thankful, Virginia Delegates?

The day prior, a German television news team was on set at this Remote Area Medical clinic capturing the essence of what American political arrogance delivers our least fortunate. So the young South Korean and I traded our stories. I knew a Korea he had never experienced, him being born after my first foray to outposts along a tense Demilitarized Zone. He knows an America that can't exist in his own nation where there is universal health care; an America you won't hear honestly debated by Virginia Republicans or their Presidential pretenders.

Incumbent Delegate Terry Kilgore (R-Scott), running for reelection unopposed with over a quarter million dollars in his campaign coffers, failed to drop by to thank his constituents' benefactors for delivering the health care that his Party's policies have denied them. Maybe he is saving the funds to pay for a flight to Inchon so he can meet the Samsung executives personally.

The sparsely used and essentially vacant Lee County Airport terminal had been transformed the Friday prior into a health facility; every nook and cranny was claimed. The expeditionary nature of the organization Stan Brock leads leverages volunteers to construct tents, unload and arrange equipment, and prepare for two days of service. Last year, players from the Lee High School football team provided the bulk of muscle required. But this year the Generals had a game on set up day; local churches rounded up some help. A group of students from James Madison University's (JMU) Department of Social Work, led by their mentor, Dr. Laura Hunt Trull, pitched in both days of the clinic. And there were the cats and dogs like me.