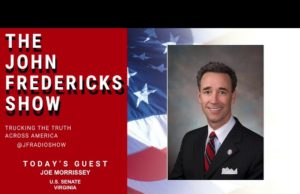 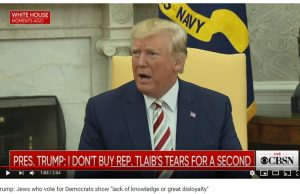 lowkell - August 21, 2019 3
by Lowell Here are a few national and Virginia news headlines, political and otherwise, for Wednesday, August 21. ﻿ Trump Scraps Trip to Denmark, as Greenland...

Pittsburgh Reflections: I know some want to take my life for...

lowkell - October 28, 2018 0
by Lowell Here are a few national and Virginia news headlines, political and otherwise, for Sunday, October 28. ﻿ Brazil's Bolsonaro poised to win presidency in...

Explaining Why Anti-Semitism has Been an Endemic Sickness in our Civilization,...

Andy Schmookler - October 13, 2018 1
This piece is occasioned by the recent anti-Semitic attack of vandalism in Fairfax, Virginia, which reinforces the disturbing anti-Semitic dimensions of last year's neo-Nazi,...

I wrote on Monday about comments that Corey Stewart, chairman of the Prince William County Board of Supervisors, made comparing the Obama administration to that of the Nazi's.

Today, Stewart responded to his deeply offensive remarks by claiming that he didn't "intend" to compare the Obama administration to the Nazi's. Stewart went on to say, "Oh, that's ridiculous. That's ridiculous. Absolutely not." He then said that he would continue to offer similar remarks.

Of course, he said all of this is a "typical liberal reaction."

I don't know what's worse: the fact that he claims that he didn't draw the comparison or that he defiantly insists that he will continue to use this sort of language.

I thought that Stewart would try to claim that he was taken out of context, so that is why I posted the entire video. Stewart was clearly trying to fan the passions of the crowd with this comparison. This was a common theme throughout the program. There is no doubt in my mind that he knew what he was saying. No doubt.

While this may be all fun in games for Stewart, the reality is that this sort of rhetoric may cause someone with violent tendencies to act out. It's already happened with Congressman Tom Perriello's brother.