lowkell - January 8, 2017 2
Yep, thanks to Dominion Power and its bought-and-paid for legislature, regulatory agencies, etc., Virginia not only continues to lag wayyyyy behind other states in...

lowkell - September 2, 2016 0
So many lies and smears by Republican Party of Virginia Chair John Whitbeck on today's Kojo Nnamdi Show (see below), so little (basically zero)...

lowkell - August 26, 2016 9
I already posted on this in the comments section of the Friday daily news clips, but I wanted to put it all together and...

lowkell - August 24, 2016 1
So let me get this straight. In 2013, the AP summarily FIRED the respected, even beloved dean of the Virginia political reporting corps, Bob... 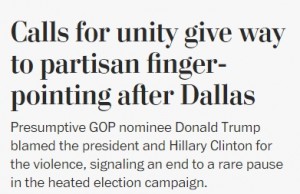 lowkell - July 11, 2016 1
This morning's Washington Post story epitomizes so much wrong with the corporate media, it's amazing. A few things that jumped out at me include: *First...

Visit msnbc.com for breaking news, world news, and news about the economy


In Eric Can'tor's hyper-ideological, immune-to-facts world, Ronald Reagan is a mythological hero who never compromised on his principles. In reality, as pointed out on The Ed Show, Reagan raised taxes 12 times in his presidency, including a 3-year, $100 billion tax hike (largest since World War II) and the largest corporate tax hike in history to that point. Reagan, of course, also backtracked and ended up negotiating with the Soviet Union (offering to give up all our ballistic missiles, no less!), which he had earlier called "the Evil Empire." Reagan also signed a large-scale amnesty for "illegal immigrants" into law, expanded government greatly, racked up huge amounts of debt, and pretty much violated every "principle" Eric Can'tor and his merry band of Teahadists holds dear. It's truly astounding that someone this hollow, this ignorant, and this mindlessly ideological can be House Majority Leader, in line to possibly be the next Speaker of the House. What an embarrassment (to Virginia, humanity, etc.).