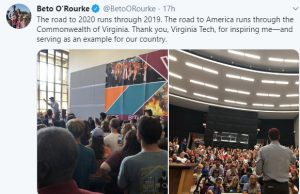 lowkell - August 31, 2019 3
This is *exactly* what we want to see from 2020 Democratic presidential candidates - come to Virginia, spend some time, campaign for House of... 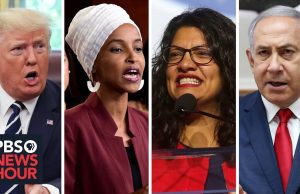 Friday News: “With Trump as President, the World Is Spiraling Into...

lowkell - August 16, 2019 1
by Lowell Here are a few national and Virginia news headlines, political and otherwise, for Friday, August 16. ﻿ Israeli Decision on Omar and Tlaib Inflames...

lowkell - March 30, 2019 0
by Lowell Here are a few national and Virginia news headlines, political and otherwise, for Saturday, March 30.  Bummer about VA Tech, but great game! ﻿ ...

lowkell - June 30, 2018 0
See below for an interview with Emily Satterwhite, the Virginia Tech professor (key area of expertise: Appalachian studies), who locked herself to construction equipment... 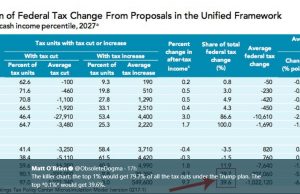 lowkell - September 30, 2017 12
by Lowell Here are a few national and Virginia news headlines, political and otherwise, for Saturday, September 30. The numbers are in: Trump's tax plan...

Danica Roem - April 16, 2017 0
by Danica Roem A friend of mine once told me that when you lose someone you love or give up something that you love doing,...

lowkell - April 15, 2017 1
Ralph Northam and Tom Perriello each released statements today (see below) -- the day before the 10th anniversary of the Virginia Tech massacre. Tragically,...

Mark Warner – I will no longer support you

It does not matter that neither of these amendments were going to pass. I rely on the words of Martin Luther King, Jr.:

There comes a time when one must take a position that is neither safe, nor politic, nor popular, but he must take it because conscience tells him it is right.

It matters not to me whether Mark Warner believes the baloney of the gun lobby or merely lacks the guts to stand up for what is right.  What is right is to stop the slaughter.

Now Is the Time for That Discussion About Guns

Let's begin that discussion about guns: the current application of our Second Amendment protects the proliferation of weapons. At the time it was written, it was damn difficult to kill with them, though Aaron Burr managed not long thereafter. That amendment was never meant to aid and abet carnage.

I don't remember not owning a firearm. My first was given as a Christmas present when I was young; a Savage over and under .22/.410. My father instilled the greatest respect for firearms in me. He locked them away and I did not have access unless there was a purpose. Later I learned that upon his return to college from the Pacific theater and engagements on Tarawa and Saipan, he'd kept a handgun at his bedside. One night late, a spring roller blind in the bedroom snapped open and by the time he awoke he had locked, loaded, and drawn down on my mother who'd jerked up next to him in bed. He'd nearly killed her. Weapons in their home remained secured after that.

As a college student, I carried a weapon wherever I travelled. I did not have one with me the morning in Richmond when three fellows with sawed off shotguns came into the convenience store near Carytown where I worked. Thinking back, I don't think it would have helped the situation much, even if I'd open carried. After all, they were only exercising their own open carry rights.

You'll find no one more rationally and sentimentally supportive of the second amendment than I. But all this silliness, false bravado, and acting out about what gun rights mean misses the problem it has created: we have guaranteed access and availability of firearms to every individual regardless of their capacity, intent, or history. And our own Governor McDonnell is on record as supporting "the more the merrier" approach to provision. This outcome and attitude is sinfully irresponsible and far from the intent of the framers.