President Obama’s Leadership on the Housing Crisis in VA 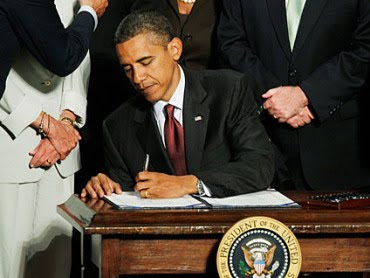 In an effort to shed some light on how helpful some of President Obama's "socialist" policies have been for thousands of homeowners in Virginia, let me point to some quick data under the Making Home Affordable (MHA) Program for a deeper insight. Under President Obama, the MHA Program offers a number of programs that helps Virginia's homeowners pay their monthly mortgage payments in these tough economic times. The Home Affordable Modification Program (HAMP), the Principle Reduction Alternative (PRA), and the Second Lien Modification Program (2MP) are just three examples in the arsenal of programs available to help Virginia's economically struggling homeowners meet their monthly mortgage payments.

Since its creation in 2009 up till November 2011, HAMP has assisted a total of 19,584 homeowners in Virginia. In effect, then, without the big bad federal government stepping in under President Obama's leadership, close to 20,000 Virginians may have been forced to sell their homes or go into considerably higher debt. That's kind of a big deal.

Some folks will see these numbers and shrug them off as a fluke or somehow untied to the direct policy leadership of President Obama. For those folks, they are probably already lost. But for the "independents" of Virginia, it should be clear that if Willard Romney had his way, these nearly 20,000 homeowners would have been "fired, my friend" (are homes people too, Mitt? People occupy them and they are a source of material gain...) In the world of Willard, economic failure is also a seemingly moral failure, a failure that the government should not attempt to alleviate with social programs.   If only everyone were born with a silver spoon in their mouth, oh what a wonderful Bain Capitalistic world it would be, right Mitt?