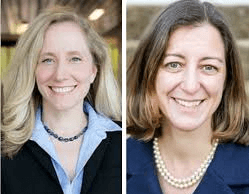 Truth-Tellers (like Spanberger and Luria) Vs. a Cult in Which Truth...

Andy Schmookler - October 3, 2019 1
This is WHAT WE'RE UP AGAINST. The question of our times is, "Will the Lie defeat the Truth?" Believing the Unbelievable Two months into Trump's presidency,...

To Those Conservatives Who Hate Me (Op/Ed in My Very Red...

Andy Schmookler - March 15, 2019 1
I learned the other day about some conservatives who hate me for what I write. My op/ed messages, I heard, so infuriated a few...

Wrong About the Power of the Truth? (My Latest Challenge to...

Andy Schmookler - November 30, 2016 2
This piece will be appearing in newspapers in my conservative congressional district (VA-06). ***************** Liberals are debating how to understand the millions of Americans who voted...

Bob McDonnell doesn’t care how many lives he ruins, as long...

While accurate, "appalling" barely scratches the surface of this cess pit of deceit and embarrassment when it comes to former Virginia Governor Bob McDonnell.

The Gov. Rolex "failed marriage made me do it" defense goes beyond the pale. He clearly believes that the voters, or in this case the jurors, are morons. He has such a galactic sense of entitlement, he apparently believes that any fraud committed, any lie told, and any action taken to protect himself - no matter who else gets hurt - in pursuit of his Regent's thesis is not just forgivable, but permissible.

This is an embarrassment to the state of Virginia, made far worse by the fact that we have effectively been forced to contract out law enforcement to the federal government. So much for the "Virginia Way."

The former governor is a convincing, compelling, and accomplished golden-tongued, bald-faced liar. I campaigned for Creigh Deeds, who could not make a dent against what spewed so glibly, and so dishonestly, from this liar's mouth. McDonnell claimed, when his Regent's thesis was unearthed, that it represented no more than boyish musings.

Bob McDonnell's thesis was no such thing: in fact, it was written in 1989, when McDonnell was 35, a lieutenant colonel in the U.S. Army Reserve. I am unable to say what his final Military Occupational Specialty was. He started out as a clerk. He proceeded, as soon as he was elected, to impose  those beliefs on the rest of us.  So much for boyish musings, truth or integrity as well.

We already know that Bob McDonnell is a serial liar. It remains to be seen whether that was then, now, or all the time. Like the people he resembles, the C Street brotherhood, Gov. Rolex seems to believe that he can commit no sin, and do nothing unforgivable, in the pursuit of his right-wing religious agenda.

He is now campaigning in front of a jury of voters in Richmond, and based on past performance,  obviously believes he can lie his way out of this one as well. It remains to be seen whether he will succeed.

Just what, exactly, will Maureen McD's defense be?She pleaded not guilty, so she must have one. Based on what I've read so far, which doesn't come close total transcript, I would be inclined to acquit Mrs. McD of everything, should she have the good sense to change her plea to "not guilty by reason of insanity." Except that being a spurned wife ruse doesn't rise to that level, even though Gov. Rolex's $600-an-hour legal team is trying to suggest it. And even if true and admissible, the "she's nuts" defense applies only to her.

It does nothing to explain the lies on the loan forms (mail fraud); the no-paper, no-payback "loans" (which benefitted Bob McDonnell, his sister and ex-brother-in-law); accepting all the loans from Jonnie Williams (Hobbs Act violation); the joint vacations; golf fees, games, proceeds, and club apparel, beverages and food, the latter of which benefitted him and his sons exclusively; or the wedding, dress, wedding rings, and reception, which benefitted him indirectly and likely will figure, and the exposure in the likely
coming, and tawdry, divorce proceedings.

Bob McDonnell doesn't care how many lives he ruins, as long as he stays out of jail.  He ought to be ashamed that he isn't even ashamed.

Tentative Assessment on the Perversion of Truth & its Consequences

The Republican Party, the party of incessant paranoia about big government threats to individual liberty, has by its incessant perversion of the truth turned the political and the private spheres of America into a plotline out of George Orwell's novel 1984. Doublespeak and factual re-representation has become as common to Republican Party members as their compulsions to save America from the tremendous threat of clean energy. Ironically, then, the very party that dreads the day that individual liberty will be crushed by a leviathian-like government has in its own way turned the freedom of individuals on its head by bringing "truth" into a space of never-ending flux.

Without a stable form of "truth" through which each of us can communicate ideas in the public or private spheres of our lives, a space opens for powerful elites in our society like the Koch brothers and their political puppets to fill this void with whatever rubbish they choose to dispel. Take anthropogenic climate change as one of the most striking examples. The evidence is clear that regional climate change is taking place, a change at least accelerated by the activities of human kind. However, given the weakness of "truth" in our society at present, even the consensus of the overwhelming majority of climate scientists isn't enough to dispel the nagging sense among those on the right that it's all some hoax, conspiracy, or coincidence.