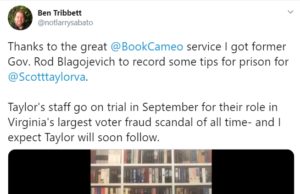 lowkell - July 10, 2020 1
Is the following video some serious, master-level trolling (h/t Ben Tribbett) or what?!? For some background on why Former Rep. Scott "Petitiongate" Taylor (R-VA02)... 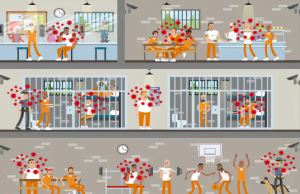 Cindy - April 1, 2020 1
by Cindy There’s something rotten in the county of Arlington, and it’s coming from the courthouse. First, the Arlington Circuit Court judges are ignoring higher... 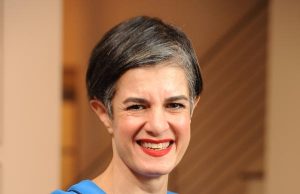 lowkell - September 26, 2018 1
Good work by Del. Mike Mullin and the other 27 Virginia House Dems who signed this letter. As the letter states, "Women should not...

lowkell - December 9, 2016 0
Sponsored Content By Mark Polson, an attorney who practices criminal law and DUI defense in Alabama. While it is well known that racial disparities exist within the...

Two recent articles show the lengths that Republicans will go to appropriate the time of the unemployed and the jailed for free labor. First, the Senate Republicans now want to punish the unemployed even more.  Not only do they want to impose a drug-test tax, and deny benefits to those without a high school education, they also want the unemployed to work for free (i.e., de facto slavery).  Given that the economy has downsized more people of color, with African American unemployment running as high as 50% in some places, this move has rather sinister and historic non-subtle overtones.  It should be a federal crime to demand anyone work for free.  But here we are with the Senate GOP demanding exactly that.

Sen. Richard Burr wants to make those on unemployment prove they have applied for a job at least 20 hours a week AND work for free another 20 hours a week, just to get the paltry insurance they are owed.  Unemployment insurance is paid by companies to cover employees when the same companies lay off workers.  It is the last disincentive to firing and downsizing, and as we have seen, not nearly enough so.  When it is a choice of further enriching the already rich or paying workers, you know what the corporate CEOs decide.  With at least 2/3 of the unemployed unable to find work, that is a large number of conscripts into servitude.  Why, maybe the very same employers who eliminate their jobs can gain their free labor (sarcasm)?