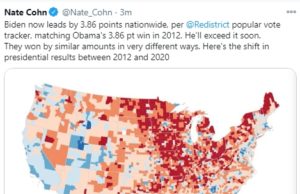 lowkell - November 21, 2020 0
by Lowell Here are a few national and Virginia news headlines, political and otherwise, for Saturday, November 21. Another Feature of the Climate Crisis Is... 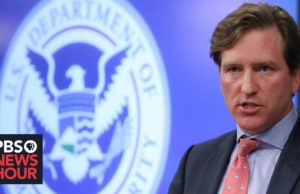 lowkell - November 18, 2020 0
by Lowell Here are a few national and Virginia news headlines, political and otherwise, for Wednesday, November 18. Will G-20 leaders ignore the murders and... 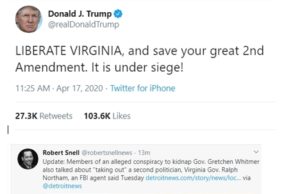 My (Newspaper Op/Ed) Challenge to Trump Supporters Regarding “Political Lawlessness”

Blue Virginia - October 15, 2020 0
by Andy Schmookler This piece will be appearing this weekend as a newspaper op/ed in the NORTHERN VIRGINIA DAILY in my very red congressional district (VA-06) under... 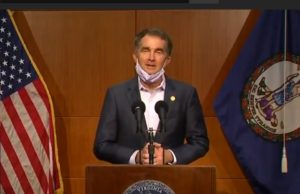 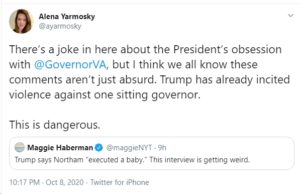 lowkell - October 9, 2020 0
by Lowell Here are a few national and Virginia news headlines, political and otherwise, for Friday, Ocotober 9. The oil and gas industry is ‘not... 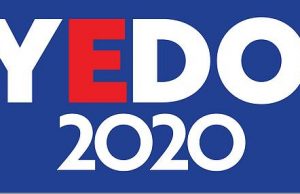 lowkell - March 11, 2020 0
by Lowell Here are a few national and Virginia news headlines, political and otherwise, for Wednesday, March 11. China’s Response to the Coronavirus Is Not...

lowkell - March 8, 2016 0
by Lowell Here are a few national and Virginia news headlines, political and otherwise, for Tuesday, March 8. Michael Bloomberg: The Risk I Will Not Take...

Right-To-Work: Another Plan To Destroy Unions

Every time a state passes a right-to-work law, as Michigan just rammed through its legislature in a lame-duck session, there will be apologists telling us that if unions want to remain viable, all they have to do is convince people who now have the ability to freeload on contract negotiations to pay dues to the union. Apologists will say that the laws simply give workers freedom to refuse to join a union, freedom of association. Hogwash. Right-to-work laws are part and parcel of corporate efforts to destroy unions as a countervailing force to the power of owners and money.

People will throw out the decline in union membership as proof of workers not wanting to join in collective action. Polls show a far different  picture. Workers, when asked, want to join unions more than in the last forty years. The number of workers who want unions has risen substantially over the last 10 years, and a majority of non-union workers in 2005 would vote for union representation if they could. This is up from the roughly 30% who would vote for representation in the mid-1980s.

For decades now, corporations have refined ways to inhibit union elections, aided and abetted by a feckless and weak National Labor Relations Board. Businesses have become more aggressive and successful in their efforts to inhibit worker organizing. Such union-busting action by management is designed to prevent employees from exercising their right to organize. There are expert attorneys available to train supervisors on what to say to persuade workers to vote down a union. All these efforts follow a similar play book.

Employers usually first use supervisors to hold one-on-one meetings with workers, in order to talk against the efforts to organize. Next, when workers try to form a union because of an egregious problem in the workplace, management will make improvements to convince people that there is no need for a union. Without a written, legally binding contract, those improvements can be taken away at the whim of management. 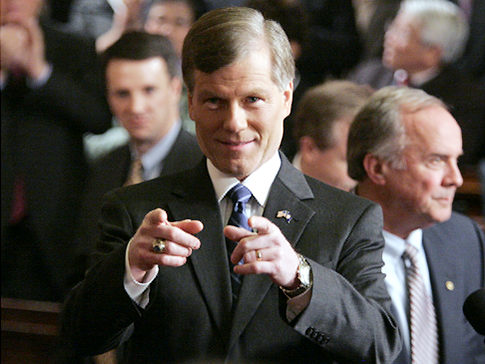 Michigan welcomed Gov. McDonnell at the Kent County Lincoln Day Dinner in Grand Rapids to stump for "Michigan's favorite son," Mitt Romney. Apart from the question of who is paying for this trip (oh, that's right, it appears that Virginia's taxpayers are footing nearly half of Gov. McDonnell's joyous getaways. Tough sell for a "fiscal conservative," right? Maybe not), it seems clear that our dear governor has grand political visions for himself. Who could blame McDonnell? He's intelligent, charming, politically connected and adept, and a sweetheart for a wide spectrum of the Republican Party's base of supporters (Disclaimer: I don't really believe most of what I just said).

The word is out that McDonnell would love to hitch a ride on Mitt Romney's wings to the Oval Office as Vice President of the U.S. The obvious problem here is that McDonnell still has an executive branch to run in Virginia at a time when the crazies in the General Assembly have been let out of their cages to pass all kinds of sh*%. Clearly, the VA GOP needs its top dog to quell the growing tide of archaic legislative policy that has somehow made its way out of both chambers of the legislature.