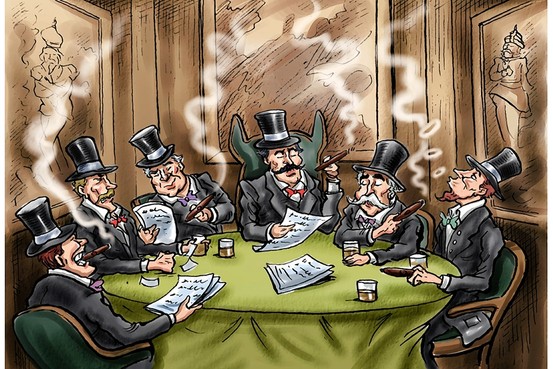 The Virginia "business as usual" budget process is predictable. The General Assembly fails to pass a budget. Facing pressure from localities with increasing mandates handed them by state government without any additional funding, one body meets and hammers out a budget (the State Senate this time). The other body then convenes to reject that budget. Now, the state is down to what the leadership wanted all along.

A few select legislators from each body will meet in secret and decide the spending priorities for the next two years. There will be no chance for other representatives of the people to have input about the decisions that will be made. It's just the "good ole' boys" (plus, token women Janet Howell and Beverly Sherwood) deciding how many elderly poor will receive state Medicaid money, how much funding local school boards can expect to help pay for education, how much the state will expend for all the vital services the citizens of the Commonwealth need.

So, let's face facts. Representative democracy, "Virginia style," means a few long-time survivors of the legislative process determine the level of state (and local) services the rest of us receive. I realize all budgets need a starting point and will be shaped by those in leadership positions, but this process means that all give-and-take is done in secret, all horse trading happens over taxpayer-funded fancy dinners. There will be no committee hearings, no chance for input by anyone else. This is  budgeting, Virginia style, left over from the old, dictatorial Byrd machine. If you've ever watched the Summer Olympics then you know what I'm talking about.  A lithe young gymnast works her way through a dizzying routine of gravity defying moves.  She aces each maneuver until she comes to the end of her routine and she must dismount from the bars or beam where she has performed.  Her body arcs through the air with supreme grace, but something is just ever so slightly off.  As she plants her feet on the padded mats there is a stumble, or worse, a sickening snap of bone and cartilage as an ankle gives way.  Having aced her routine, the gymnast has blown her dismount.

That is the position Governor Bob McDonnell finds himself in tonight.  McDonnell has been running from his thesis since September 2009, and for the most part, he has done so masterfully.  He has played off his extremist views to please the extremists in his party, while steadfastly maintaining a moderate line so as not to offend mainstream Virginia voters.  Tonight, that balancing act came to a sudden, jarring end, as McDonnell found himself in a place where he could not please both his extremist base and Virginia's main street.

The issue was trans-vaginal probing; a vicious punitive measure put forward by legislators from the Virginia Republican base seeking to punish and humiliate women seeking abortions for any reason.  The law made no distinction between women who were victims of rape or incest or women who desperately wanted children but who had a problem pregnancy that threatened their own health.  The proposed law was transparently intended to hassle women at a moment in time when they were exercising a constitutional right to control their own reproductive systems at a moment of tremendous personal--and therefore private--stress.