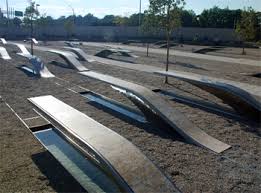 A Sunday reflection upon words

the words on which I reflect this morning were spoken more than 40 years ago by a prophet.

A prophet.  I use that word as it applies in the Hebrew Bible.  The person may warn us of the future, but that is not his primary task.  Rather it is to call us to moral account, to challenge the conventional ways of thinking, to confront those with power and authority about the harm they do to the people and the nation.

Normally I reflect on these words around the anniversary of their being spoken, on an early Spring day.

But as I look around our nation I find that I must keep them before me constantly, partly as a reminder of why I still teach, and why I remain active in trying to make a difference beyond my classroom.

We are still engaged in war.  Our economic inequity increases.  The levels of hatred and vitriol in our political discourse are as bad as they have been in my lifetime, and I am 64.

I was reminded of these words in reading a book about teaching.  That is appropriate.

The biggest story in education is the LA Times on value-added scores of LA school teachers, the paper publishing names & picture of teachers with the scores  I have been asked by several people to write on the subject here, but since I am not myself a psychometrician and there are real technical issues, I have been attempting to leave it to other people.  And there is a wealth of commentary on the subject in the last few days, too much for me to have absorbed.

Perhaps I will write about that issue, or other issues that concern me.  I am never unconcerned about matters affecting schools, teachers and most of all students.  But this morning my reflection is also on broader issues.

So I invite you to continue reading as I offer my morning mental meanderings in the brief period before I again become fully immersed in school and students.

A Friday the 13th reflection

I don't walk under ladders, but I have had one completely black cat (his name was Pele after the brilliant Brazilian soccer player) and have one now with just the smallest splash of white on this throat (which is why his name is Cielito, for little star on the background of black night).

13 is a prime number.  That always appealed to me.

And because I like, or love - and do not fear - 13 even when it is the date of a Friday, I chose to offer a reflection.  Perhaps it is silly, Perhaps it is pointless.  But it is Friday, the date is 13, and that pleases me.

a name derived in part from the poetry of John Donne, for example "Batter my heart, three person'd God"

the time, after delays because of weather, 5:29:45 AM Mountain War Time

the force equal to an explosion of approximately 20,000 tons of TNT


1.  swift and intense force: the violence of a storm.
2.  rough or injurious physical force, action, or treatment: to die by violence.
3.  an unjust or unwarranted exertion of force or power, as against rights or laws: to take over a government by violence.
4.  a violent act or proceeding.
5.  rough or immoderate vehemence, as of feeling or language: the violence of his hatred.
6.  damage through distortion or unwarranted alteration: to do editorial violence to a text.

I have been thinking about this word for several days.  So today let me non-violently meditate upon its meanings as I perceive them.