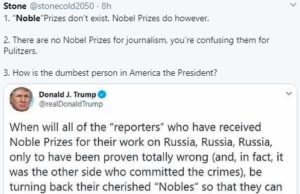 lowkell - April 27, 2020 5
by Lowell Here are a few national and Virginia news headlines, political and otherwise, for Monday, April 27. Global coronavirus death toll could be 60%... 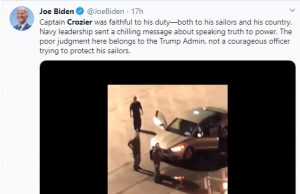 lowkell - April 4, 2020 3
by Lowell Here are a few national and Virginia news headlines, political and otherwise, for Saturday, April 4. Captain Crozier was faithful to his duty—both to... 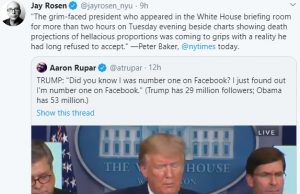 lowkell - June 1, 2018 11
by Lowell Here are a few national and Virginia news headlines, political and otherwise, for Friday, June 1. Virginia primaries in 11 days...make sure you...

lowkell - May 30, 2018 1
by Lowell Here are a few national and Virginia news headlines, political and otherwise, for Wednesday, May 30. Politicians push for July election as Italy...

lowkell - May 29, 2018 3
by Lowell Here are a few national and Virginia news headlines, political and otherwise, for Tuesday, May 29. Also, check out the video of Rudy...

Money, Power, and Wall Street: Have We Learned A Thing?

The Frontline series final segment frames the culture on Wall Street as it was and as it continues to be despite imperatives to reform. The American economy was driven to the edge of an abyss but rescued; for the moment. We remain at the precipice of financial catastrophe.

Every year in December, bankers find out if the bets they made that year have paid off. It is Christmas on Wall Street. By some measures, 2011 was a dismal year to be a banker. Stocks took a nosedive. But this year, banks set side $20 billion in bonuses. Since the crash of '08, banks have paid out more than $80 billion in bonuses. While officials in Washington focus on rule-making, nothing really seems to have changed the culture of Wall Street. A culture some feel, has simply lost its bearings.

John Fullerton is a former banker who says it all began when banks started trading for their own gain and not for their customers'. It was the rise of trading that shifted the culture, he says, and with that came this much more short term, profit generating, competitive mentality. It was a cult of "more, more, more...grow, grow, grow" making the culture on Wall Street fundamentally unhealthy. Fullerton began to believe it was beginning to change his own values.

"I grew less happy about my work and what I was doing every day. Candidly, I felt it was beginning to change my own values. You know, how I looked at myself and how I valued myself." - John Fullerton

Cathy O'Neill, a mathematician, came to Wall Street in 2007 after beginning her career in academia. Undergraduate at UC Berkeley, graduate work at Harvard then on to MIT, she applied to work at a hedge fund and got the job. She was a "quant." Quants use statistical methods to look for patterns in markets. Her work was used to predict when big pension funds would buy or sell, so that her firm could jump in ahead of their trades.

"I just felt like I was doing something immoral. I was taking advantage of people I don't even know whose retirements were in these funds. We all put money into our 401ks and Wall Street takes this money and just skims off like a certain percentage every quarter. At the very end of somebody's career, they retire and they get some of that back. This is this person's money and it's just basically going to Wall Street. This doesn't seem right". - Cathy O'Neil, DE Shaw, 2007 - 2009