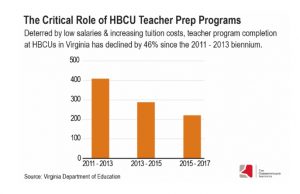 Representation Matters: Why and How Virginia Should Diversify its Teacher Workforce

Blue Virginia - July 22, 2019
0
Good stuff from the Commonwealth Institute: Representation Matters: Why and How Virginia Should Diversify its Teacher Workforce Strong relationships between students and their teachers are vital... 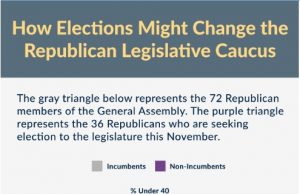 lowkell - July 6, 2019
1
The following infographics, courtesy of VPAP, tell us a great deal about diversity - or lack thereof - in the Virginia Democratic and Republican...

lowkell - January 4, 2019
1
by Lowell Here are a few national and Virginia news headlines, political and otherwise, for Friday, January 4. ‘They can do what they want’: Trump’s...

Rural Is Red, Urban is Blue—Why Is That? (My latest op/ed...

lowkell - December 27, 2016
9
There's been a lot of discussion recently about this story: A group of Arlington high school students lambasted the county school board Thursday over a...

Virginia Organizing Calls on Electric Co-Ops to Diversify Board Leadership

Twelve Days of Christmas for Virginia Democrats: Day Eleven, It Gets...

On the eleventh day of Christmas, the Commonwealth of Virginia gave to me ...

A blueing electorate, increasingly racially diverse. While Virginia is growing fast enough to pick up an extra Congressional seat in 2020, it's also becoming less white. Projections from the Weldon Cooper Center at the University of Virginia show increasing shares of Hispanics and Asian-Americans across the Commonwealth through 2040.

It will take time, but there's an upside to this demographic trend. With each year, Virginia will become a little bit more diverse, some districts faster than others. Day by day, the younger, more diverse population will turn of age and join the ranks of the potential electorate.

President Obama speaks to a cheering crowd of 7,500 in Charlottesville

pontoon - August 30, 2012
1
Last night, I watched the Republican National Convention and thought to myself, "Is there an African-American, Latino, Asian or, for that matter, any minority in this audience? It has to be a 99% white." Should I be surprised by that fact?  No. But it is still startling to realize how small the constituency of the Republican Party has become. They have alienated immigrants, and African Americans, and gays, and women. There aren't too many more groups to alienate.

I was excited to have tickets to the Obama Rally in Charlottesville today.  My 15 year-old son, his friend Zach and I headed off to Charlottesville at 10:30 this morning for a projected 3:00 pm speech by the President.  One of the first things I noticed was the make up of the crowd.  There is no question that the President has the support of many, many people from all walks of life....young, old, white, black, Latino, Asian.   It was an audience filled with diversity, but more than diversity, the audience was friendly, humble and helpful.

We went early enough and were therefore lucky enough to be on the front row with two other Dems from Nelson.  I said to the boys, "You are going to shake the President's hand today."  Of course, they looked at me as though I had two heads and had lost my mind.  We talked to our neighbors, listened, danced to the music and had a great experience.  When someone needed help, folks surrounding them responded.  If someone was walking with a cane, folks created a path, offered an arm.