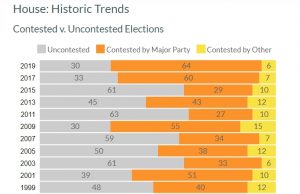 lowkell - December 10, 2019 1
See below for some interesting graphics, courtesy of VPAP, on contested seats and money spent in the 2019 Virginia elections vs. historic figures. As...