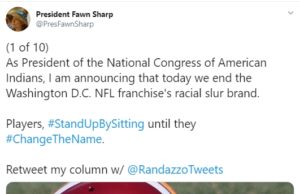 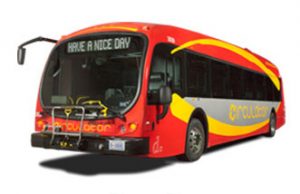 A Siegel - April 30, 2018 4
While Lt.Gov. Justin Fairfax spoke forcefully about drawing "The Virginia State Line" against the swamp that is Team Trump, many things are happening in...

lowkell - January 20, 2018 13
I'll add photos and video from today's Women's March 2018, particularly as they're Virginia-related, in this blog post. Thanks to everyone who's marching today...

Might Washington’s NFL team have to change its name?

When the ombudsmen of the major paper, The Washington Post writes a column like Patrick Pexton: Listening to Native Americans, one has to wonder. In that column we learned that were the team now led by Quarterback Robert Griffin III ever to return to play its games within the city limits, the current mayor, Vincent Gray

said recently that, if the football team were once again to play its games in the District, a discussion would have to be held on its name.

This is within the context of yet another lawsuit against the team's name coming in March, a symposium at the Museum of the American Indian on the topic of team nicknames in sports, and recent news coverage of a swimming team at a high profile girls school, Holton Arms, where the swimmers wore feathers and face paint. And as Paxton notes,

columnists have been talking with Native Americans about these issues for a couple of decades.


I will explore Paxton's column anon, but I will start with this for those who do not know the team's history - the nickname has absolutely nothing to do with honoring Native Americans.