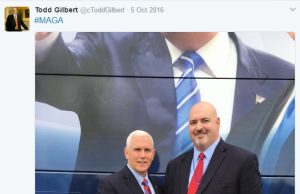 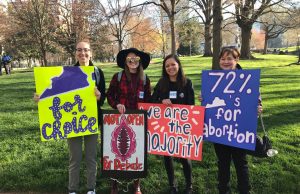 lowkell - April 3, 2019
4
The Virginia General Assembly is back in session today to consider amendments and vetoes by Gov. Northam, and various advocates were out expressing their...

Ailurophile - October 14, 2016
0
According to the Culpeper Star-Exponent, Dave Brat (VA-7) has yet to respond to an invitation by the University of Richmond to debate Eileen Bedell;... 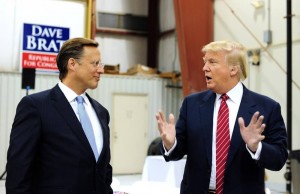 Dave Brat and the Trump Handshake

Ailurophile - October 9, 2016
2
Dave Brat (VA-7) has just issued a statement concerning the latest Trump outrage, but he has failed the decency test:  he fell short of...

My two Cents: The GOP Ticket and Its Female Anatomy Problem

It was bad enough Virginia women have had to endure Transvaginal Bob (T-Bob). It is bad enough that Ken Cuccinelli and Bishop EW Jackson spend too much of their their mental lives ruminating about women's private parts. It's bad enough that they ultimately want to felonize abortion. But their partner on the ticket, Republican AG Candidate, Mark Obenshain, supported/supports criminalizing miscarriage. If the law he introduced had been passed, women who miscarry would have had to file a police report or face a misdemeanor charge. That is not the worst of the bill. The purpose for his legislation was to make miscarriage grounds for criminal investigation (hence the police report). This man is running for AG in Virginia. And the other two on the ticket are only too happy to embrace him. These men are quite simply sick. And there is no cure for what ails their minds, brains and hearts.

One fifth of pregnancies end on spontaneous miscarriage. Several decades ago, one-fourth of all pregnancies ended in miscarriage. But your 21st century radical Republicans want to criminalize nature and, thus, a very large number of women. You would think that if they couldn't conjure up basic decency, sympathy, and fairness, they would understand this flies in the face of even most conservatives. Women who miscarry often endure painful labor, they are figuratively dropped off a hormonal cliff, they are in most cases overwhelmed by sorrow and loss. But instead of humanity, these guys (emphasis GUYS) offer up tracking women into the criminal justice system. Some justice. Talk about kicking someone when she is down.