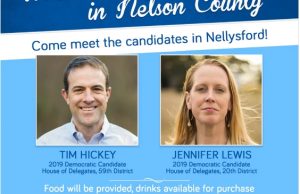 Blue Virginia - December 15, 2019 2
by Tim Hickey, who ran for the House of Delegates as a Democrat this year in the deep-red 59th District. And though he didn't... 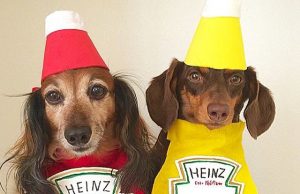 Beverly Harrison: The Secret Sauce to Winning in Rural America

Blue Virginia - September 8, 2019 0
by Beverly Harrison, Democratic nominee in HD-15 As a candidate running in a compelling state race in Virginia, I believe that I have discovered the... 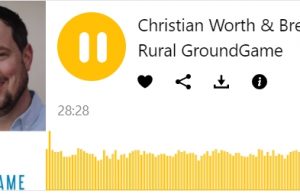 The Virginia Green New Deal:  The Role of Farming and Rural...

Blue Virginia - May 22, 2019 2
by Anthony Flaccavento; Abingdon, VA Many of the people speaking out against a Green New Deal are making extreme claims about its negative consequences.  Among these claims...

Democrats and the Party of “Well, ACTUALLY…”: Storytelling in the Age...

Kellen Squire - May 9, 2019 0
by Kellen Squire A while back, I was acting as the triage nurse in the emergency department I work at. It was an incredibly busy...

Rural Is Red, Urban is Blue—Why Is That? (My latest op/ed... 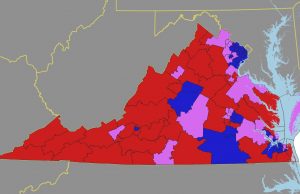 The Imperative of Progressive Organizing In the “Rest” of Virginia

Kellen Squire - September 23, 2018 1
by Kellen Squire Senator Creigh Deeds is one of the best-known politicians in the Commonwealth. A person who has sacrificed and given more to his...

“Rural Progressives”:  It’s Not an Oxymoron

Blue Virginia - July 7, 2017 7
by Anthony Flaccovento For the past several years, as most of rural Virginia has become increasingly "red," a number of us have been arguing that...

Though the clinic in Wise is Virginia's anchor, it is only one of four this year; even more in the future if Dr. Vicky Weiss has her way. This weekend's iteration drew attention for a drone demonstration but the primary purpose remained providing care to persons with limited access to health care.

The need is underlined by the flood of participants at every event. Here you see the very last open space in the parking area of the Wise County Fair Grounds being filled just as the gates opened yesterday for this weekend's clinic. The first arrival had been at around 2pm Wednesday, two days before. By 9pm Thursday there were some 800 staged with tickets in hand; at 4:30am Friday over 1,250. By noon the equivalent of about half the population of Wise had passed through the gates for care.

Remote Area Medical (RAM) was initiated by its founder, Stan Brock, to provide service to the world's inaccessible areas. Upon the realization that barriers to access are not just geographical, he began delivery of care to rural and underserved populations in the United States; eventually into urban centers. Now more than 90% of RAM operations are within the United States.

RAM of Virginia was launched in April 2014 on the steps of the state's Capitol Building to alleviate the growing need of affordable health care for thousands of underserved Virginians. Headed by Dr. Victoria Molnar Weiss, the affiliate hopes to expand its operations to host many mobile clinics throughout the state yearly.

In the Washington Monthly, author Colin Woodard is trotting out an explanation of the Virginia election based on cultural heritage.

I'm not talking about "NoVa" versus the Old Dominion, but something much older that suburban Washington: the massive schism between the state's Tidewater and Greater Appalachian sections, one that has created tensions since the days of the House of Burgesses and, certainly, the secession of West Virginia.

Is there a deeper East vs. West divide within the Old Dominion, beyond the idea of an urban crescent vs. rural Virginia fight?