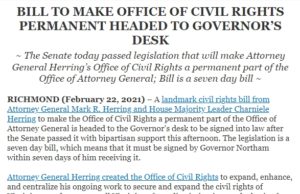 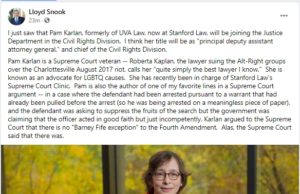 Pamela Karlan, Who Taught at UVA Law School for 10 Years,...

lowkell - February 8, 2021 0
This is great news (h/t: Lloyd Snook), as Pamela Karlan is absolutely brilliant, a super-strong progressive, and also someone with strong Virginia connections ("From... 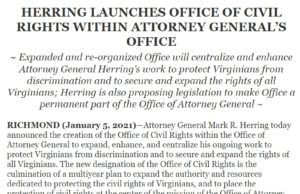 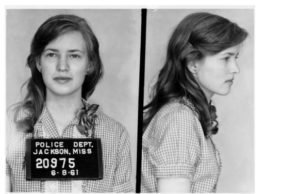 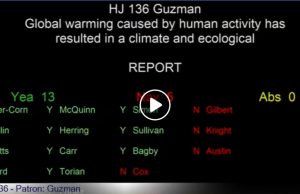 lowkell - January 25, 2020 4
How low can Virginia Republicans go? Check out the following, from yesterday's House Rules Committee meeting, in which the committee's Republican members voted against: HJ136,...

Andy Schmookler - May 21, 2019 1
In the present fraught moment -- with the Democrats hesitating in dealing with by far the most impeachable President America has ever had --...

Malign Alignment: How an Alliance of America’s Darkest Forces Made the...

lowkell - April 16, 2016 4
If you've never met him or spoken with him, you've definitely missed out. Dr. William Ferguson "Fergie" Reid, for those of you who aren't...