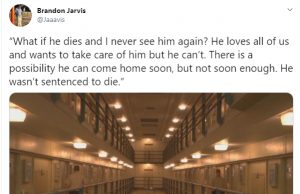 Brandon Jarvis - April 9, 2020 1
by Brandon Jarvis “No-one was sentenced to die, and everyone deserves basic healthcare and attention during this pandemic.” Today, the ACLU of Virginia - along with...

Dan Sullivan - June 30, 2014 0
Two years ago following Congress's failure to pass the DREAM Act, President Obama issued an executive order providing some residents who arrived as children the ability to openly participate in and contribute to the economy. This is no free pass and not a path to citizenship. It deals with reality.

This anniversary of Deferred Action for Childhood Arrivals (DACA) marks the beginning of a new cycle for its beneficiaries. This is a discretionary grant of relief from the threat of removal for a term of two years. The significance of that term today is that the first set of applicants are now in the window for renewal. Because it is not a permanent status, renewal applicants receive the same scrutiny as they did when first applying. Renewal is neither automatic nor certain in the long term. In the short term it assures the simple dignity of acknowledged existence.

For Virginians who achieve this status, there are three significant benefits that confer beyond blocking removal for a term. First, they can legally work. They receive a social security number. Next it provides the status required to obtain a driver's license even with the punitive Virginia statute establishing absurd presence requirements. And, almost two years after the status was established, thanks to an opinion by Attorney General Mark Herring, they may attend college as in-state residents.