Why Senator McConnell Is Sure to Keep (or “Keep”) His Promise

Andy Schmookler - January 23, 2018 3
There's been lots of talk about how taking a promise from Senator McConnell is something only a fool would do, after all his previous... 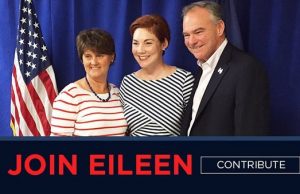 The Quest for Comprehensive Immigration Reform

Dan Sullivan - July 1, 2014 1
What a difference a year makes. This time last year there was a sense that comprehensive immigration reform at the federal level may happen in some form. It would be sweeping and, like any compromise, not exactly what everyone wanted. Now we have something worse: only the noise of recrimination.

The Virginia Coalition for Immigrant Rights (VACIR) met last year to map out the values and principles held by Virginians and provide a voice to Congress. But now what since reform appears dead in the water? Well, during the Obama administration, more than 2 million mothers, fathers, brothers, sisters, and children have been deported; more deportations than in any previous administration. That number is hard to wrap your head around and does not convey the individual personal tragedies involved. For example, Immigration and Customs Enforcement (ICE) reports 72,410 of those deported said that they had one or more U.S. born children. Tens of thousands of U.S. citizens, then, have had their parents deported. So the VACIR has changed its tact and directed its energy toward pressuring the Obama administration to act since the House of Representatives has failed in its responsibilities. They are also looking at ways state legislators can address the issues.

11% of Virginians were born outside the United States. They, like all Virginians, need the tools and opportunities necessary to build strong families, healthy communities, and a culturally and economically thriving Virginia. For now VACIR is focused on four key areas:

Where do we even begin with Federal reform? The well is poisoned. I will disclose that my bias on this matter begins and ends with the Republican Party, Ronald Reagan, Simpson-Mazzoli, and close personal experiences with immigration and naturalization. Some 3 million immigrants were granted amnesty in 1986. That is the precedent that those who are angry should focus on when crying about today's "failed policies." And the fact is that the reason for the current flood is not anything President Obama has done but a more pedestrian cause: it's the economy stupid; the economy in Honduras, El Salvador and the rest of Central and South America. Places where we meddled, then abandoned; the spawn of Ronald Reagan's foreign policy abetted by Ollie North and "company."