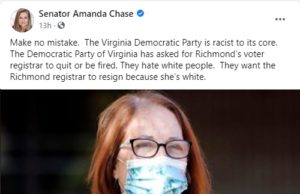 lowkell - November 21, 2020 0
I tweeted this out early today, but in case you missed it...this is the leading candidate right now for the 2021 Virginia GOP gubernatorial...